Don't Miss
Home / Media / Report: Bam Adebayo Says Miami Heat Pushing Him to Be ‘More of a Leader’ This Season

Report: Bam Adebayo Says Miami Heat Pushing Him to Be ‘More of a Leader’ This Season 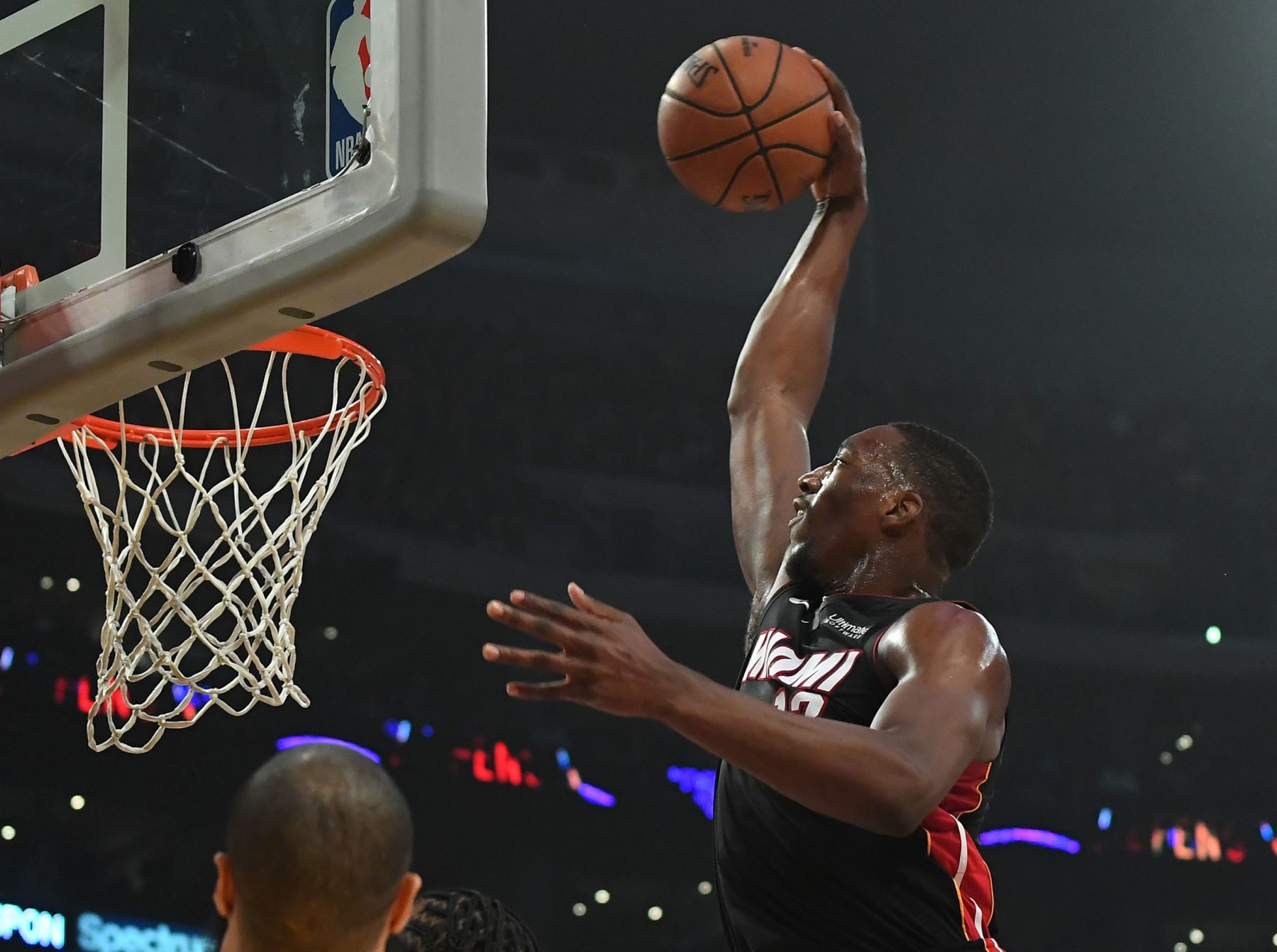 Miami Heat center Bam Adebayo knows that the team is expecting a lot from him after a promising 2018-19 season.

According to Anthony Chiang of the Miami Herald, Adebayo believes that he has the ability to post a double-double average in points and rebounds while also contributing more in the assists department this season.

“Adebayo told the Miami Herald earlier this offseason that he believes he can average 16 points, 10 rebounds, and five assists per game this season,” wrote Chiang. “Russell Westbrook, Nikola Jokic, and 2019 NBA MVP Giannis Antetokounmpo were the only three players who finished with those averages last season.”

Last season, Adebayo averaged 8.9 points, 7.3 rebounds and 2.2 assists per game. He shot 57.6 percent from the field, which is the highest on the team. Now that Hassan Whiteside is no longer on the team, he can certainly add a few more points, rebounds and assists to those averages given more playing time.

Adebayo played 23.3 minutes a night last season, but it wouldn’t be a surprise to anyone if he sees at least 30 minutes of action per contest this season.

But the Heat are looking for more than just better stats from the 6-foot-10 center, who is entering his third year in the league.

“They’re pushing me to be more of a leader,” Adebayo said of his Heat duties entering the season. “So, yeah, I do feel like I’ve become a Heat Lifer type of guy and just being more involved and having like a [Udonis Haslem] responsibility when it comes to my teammates.”

With the added responsibility of being a leader, Adebayo should feel more confident on the court, knowing that head coach Erik Spoelstra believes that he can perform at a high level and encourage his teammates to do the same.

Don’t be surprised if Adebayo is able to live up to the challenges given to him for the 2019-20 season.