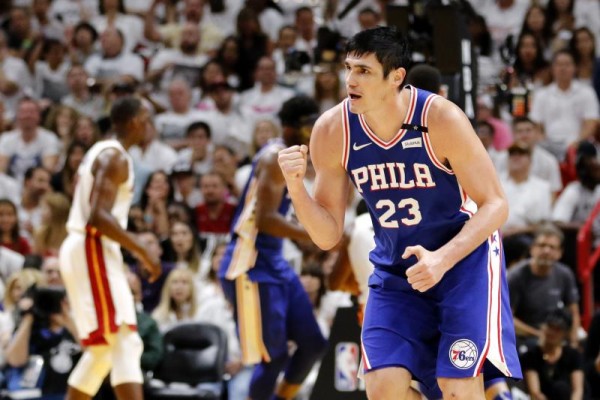 Philadelphia 76ers forward Ersan Ilyasova had some choice words when speaking to members of the media about the difference between the fans of their first-round playoff opponent, the sixth-seeded Miami Heat, and their second-round opponent, the second-seeded Boston Celtics.

“When we were in Miami…the gym was half-empty,” said Ilyasova. “But when you go to Boston, you will feel it. Even in the regular season, you know when you play that team, the arena is full, and they’re really committed fans.”

Games 3 and 4 (both Philadelphia wins) of the first-round series were played in Miami and those games, according to ESPN, had a recorded attendance of 19,812 and 19,804, respectively. Both of those numbers exceeded American Airlines Arena’s capacity of 19,600.

During the regular season, the Heat finished sixth in the NBA in attendance for home games, averaging 19,631 fans per game.

The series between the 76ers and Celtics begins Monday night in Boston at 8:00 p.m. ET. The game will be nationally televised on TNT.
[xyz-ihs snippet=”HN-300×250-TextnImage”]