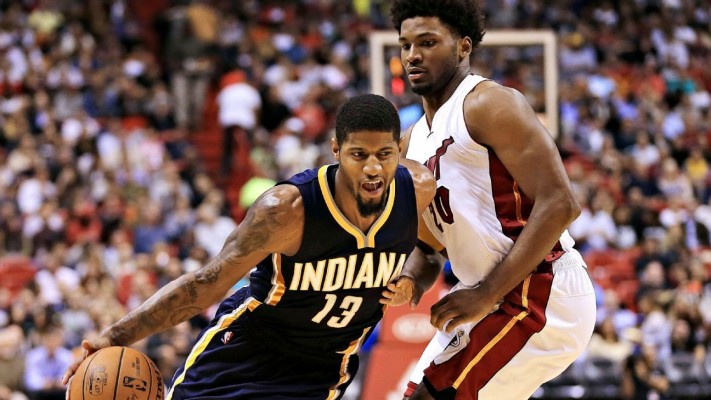 The makeup of the Miami Heat roster will inevitably be changing once the NBA Draft ends on June 22 and free agency begins on July 1.

When it comes to the status of the Indiana Pacers‘ Paul George, there’s a growing belief that he’ll be dealt either within the next few weeks or before the Pacers likely lose him after next season. Therefore, his liking of a comment that urges him to play for the Heat could be an indication of his interest in playing for the team.

The 6-foot-9 George is currently only 27 years old and has seven years of NBA experience after having been the 10th overall pick by the Pacers in the 2010 NBA Draft. He’s recovered nicely from a gruesome 2014 leg injury and this past season averaged 23.7 points, 6.6 rebounds and 3.3 assists per game. In addition to his offensive production, George is also a standout on the defensive side of the ball.

George is set to make $19.5 million for the 2017-18 season and has a player option for 2018-19. However, given the rapid surge in player salaries due to the huge jump in each team’s salary cap, he’s expected to opt out in favor of free agency. Talk of the Pacers trading George before he reaches that point is expected to pick up in the buildup to both the draft and free agency.

It’s unclear exactly how much it would cost in the way of players and/or draft picks for Miami to obtain George, but the price is likely to be somewhat lower than the usual deal might be to acquire him because of his pending free agent status. However, his salary this season would fit within the team’s salary cap and his presence on the court could potentially allow the Heat to make a much more concerted effort to dethrone the Cleveland Cavaliers as the top team in the Eastern Conference.
[xyz-ihs snippet=”Responsive-ImagenText”]