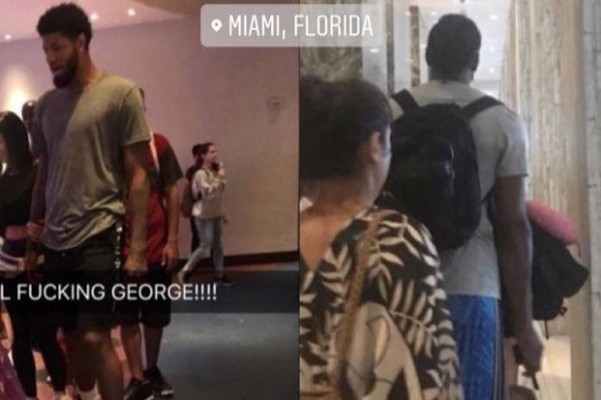 The Miami Heat are one of the many teams in the NBA that are seemingly one All-Star away from being considered serious contenders. With free agency just over two weeks away, it appears Pat Riley and company are doing their best to make sure they get that star this summer.

On Monday, not one, but two perennial All-Stars, Paul George and Kawhi Leonard, were spotted in Miami.

Of course the case could be made for the fact that South Florida is a favorite vacation spot for the rich and famous during the summer months, but George and Leonard making appearances in Miami just as the NBA offseason begins is probably not a mere coincidence.

George will be free to sign anywhere he pleases once July 1 rolls around. As for Leonard, he still has one year left on his current contract, but signs have been pointing to a possible rift between the 6-foot-7 forward and the San Antonio Spurs for quite some time.

It’s unclear if the Heat could find the money to sign George or the assets to acquire Leonard, but these photographs seems to indicate that there is certainly mutual interest between both players and the Heat.

Hopefully they find a way to bring at least one of these talented ballers to South Florida so that they can make the jump next season.
[xyz-ihs snippet=”HN-300×250-TextnImage”]