Pat Riley Reveals ‘Most Shocking’ Moment of His Heat Tenure 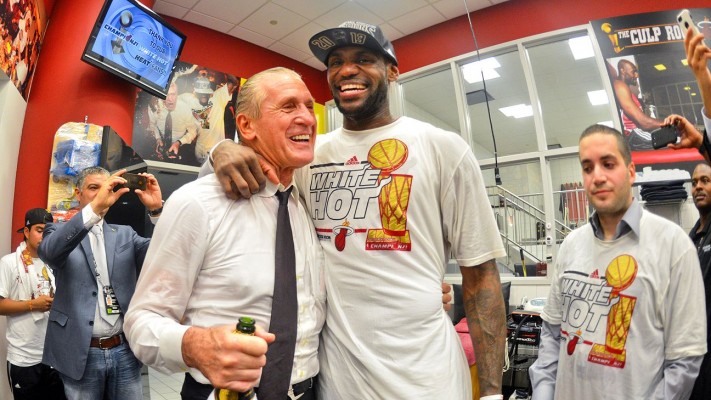 Pat Riley has seen it all during his 22 years in South Beach with the Miami Heat. From great triumphs, like the 2006 championship run, to bitter endings, like Dwyane Wade‘s sudden departure and Chris Bosh‘s bout with blood clots, the former coach has seen it all.

This week he revealed the most shocking moment during his entire time with Heat. During an interview with Yahoo! Sports about Magic Johnson, Riley called LeBron James‘ abrupt return to Cleveland the “most shocking” change to the franchise.

“Since I came here, we’ve had the same owner, same president, two coaches, same support staff. We’ve got a bunch of guys working for us who played for us. Players come and go, great players,” Riley said. “When LeBron left, that was the most shocking thing to me – not to say he was right or wrong – and the most shocking thing to the franchise. But our culture is the same. You have your up years and your down years, but what can’t change is the way you do things.”

Even though the Heat have not been in contention for a championship since James’ departure, Riley does not plan to retire without one last title run.

“We’ll see how we do over the last 20 games,” Riley said, while making it clear that an eighth seed would be a moral victory, a tasty appetizer in comparison to a title run.

The Heat are currently just 1.5 games behind the Detroit Pistons for the final playoff spot and will face James’ Cavaliers on Monday night.
[xyz-ihs snippet=”Responsive-ImagenText”]