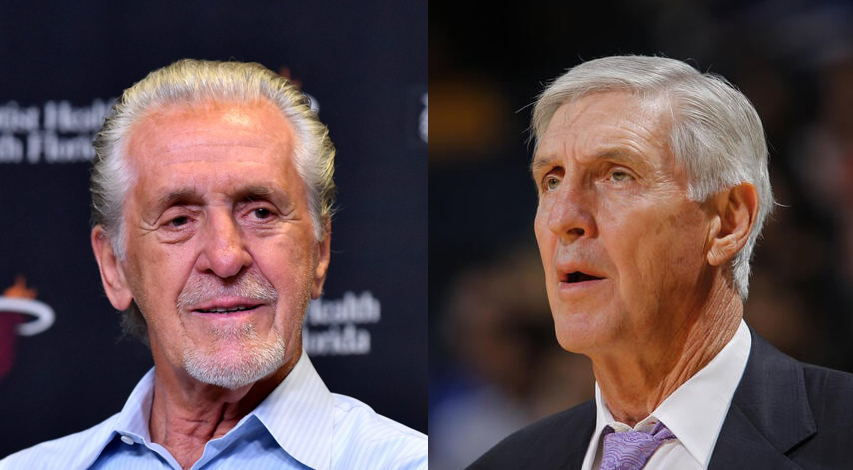 The world of basketball is mourning the loss of Hall of Famer Jerry Sloan, with Miami Heat president Pat Riley offering a tribute to someone he both played against and battled as an NBA head coach.

Pat Riley statement on the passing of Jerry Sloan

“It was a privilege to play against a Jerry Sloan coached team, I always knew that we would be severely tested. His overall philosophy on both sides of the ball was fundamentally solid and always one step ahead of the game." pic.twitter.com/Xv42JvBmO4

Riley (cont'd): "Loyalty was his badge of honor and his no nonsense approach to competition was perfect for the game. Jerry will go down in history as one of the most admired great winners and respected teachers of basketball ever. I am humbled and saddened by his passing.”

Sloan had been in failing health and passed away at the age of 78 due to complications from Parkinson’s disease and Lewy body dementia.

Riley and Sloan first faced each other as players, with Sloan playing all but one of his 11 NBA seasons with the Chicago Bulls. Excelling on the defensive side of the ball, Sloan was named to an All-Defensive team six times.

In 1979, Sloan was named head coach of the Bulls and spent two-plus seasons with the team before being dismissed.

Beginning in the 1985-86 season, Sloan became an assistant with the Utah Jazz, before being elevated to the head-coaching post during the 1988-89 campaign.

Sloan would stay as the Jazz head coach into the 2010-11 season, coaching the team to two consecutive Western Conference titles in 1997 and 1998.

That coaching longevity allowed Sloan to collect a total of 1,221 wins over the course of his lengthy coaching career with both the Bulls and Jazz. It also resulted in his induction into the basketball Hall of Fame in 2009.

The 75-year-old Riley and Sloan faced each other on the sidelines over the course of 17 NBA seasons, and while Sloan never managed to win an NBA title like Riley, it’s clear that Riley’s deep respect for him resonated in the statement.