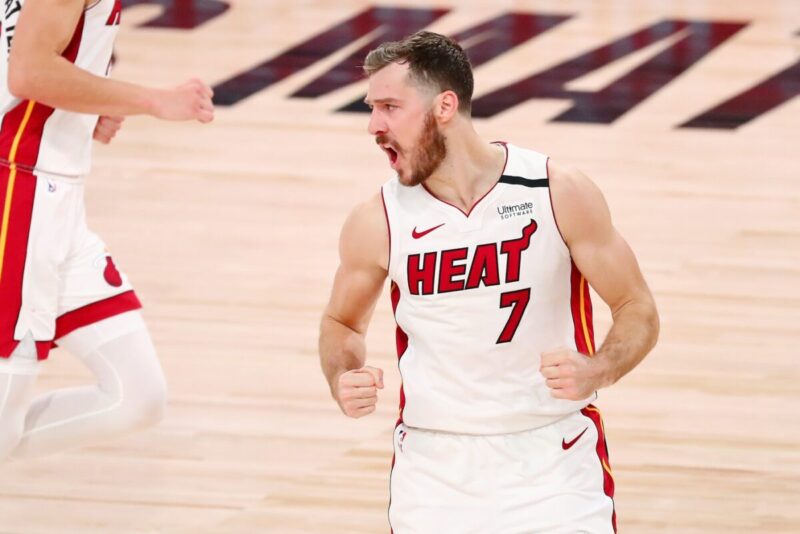 The Miami Heat officially announced the re-signing of Goran Dragic on Sunday.

Miami Heat team president Pat Riley gave his thoughts on the move, revealing what it meant to bring Dragic back.

“It was essential for us to bring Goran back,” said Riley. “He is part of our team, part of our culture and part of our family. He provides backcourt veteran leadership and can still play at a very high level. I’m glad to have him back in the fold.”

Although he started 16 of the 17 games he appeared in during the 2020 NBA Playoffs, Dragic is likely to return to a sixth man role for the Heat during this upcoming regular season.

Dragic has been with the Heat since February of 2015, when the Heat acquired him in a trade with the Phoenix Suns. During his time in Miami, Dragic has averaged 16.6 points, 3.7 rebounds and 5.3 assists per game.