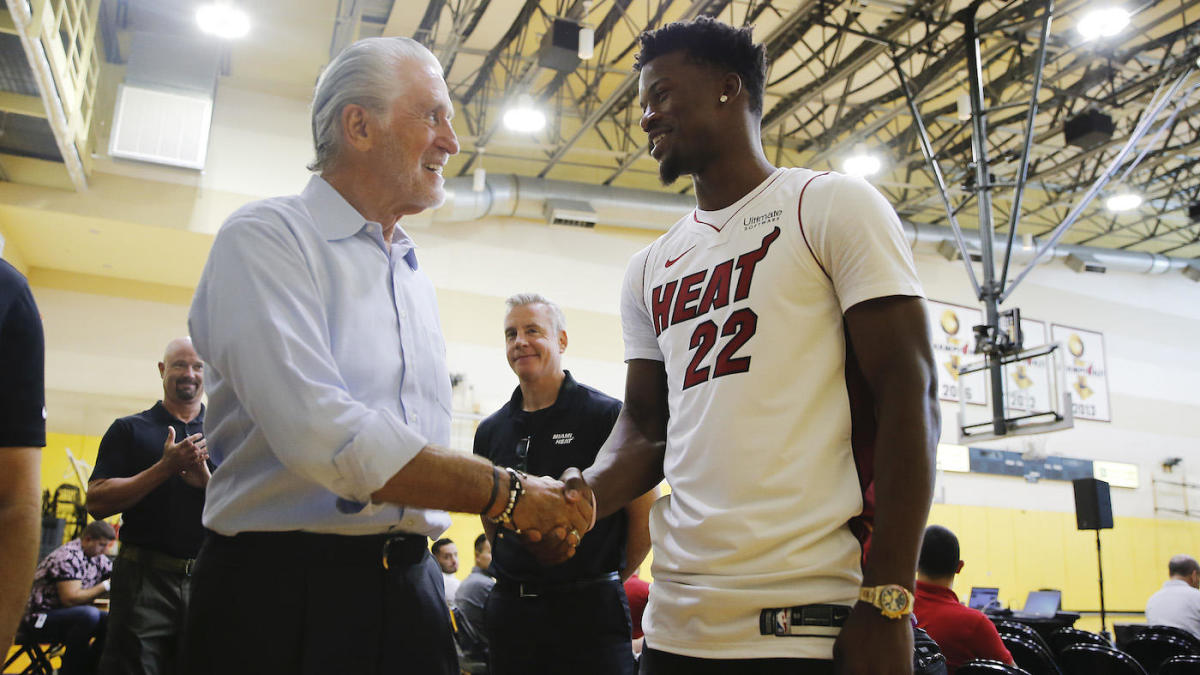 When Jimmy Butler joined the Miami Heat over the summer, the hope was that he’d be able to quickly adapt to his new surroundings and infuse the team with leadership.

After one week of the Heat’s training camp, team president Pat Riley believes that Butler’s performance thus far has been spotless.

Riley indicated that even though Butler is now beginning a four-year contract that will pay him more than $140 million, the veteran’s approach to the game hasn’t changed. In fact, Butler’s new deal is serving as inspiration for his teammates, according to Riley.

“That’s his deal,” Riley said of Butler’s massive new contract. “That’s what he’s done on his own. It isn’t anything new for him. It was new for our guys and some of our guys challenged him and said, ‘Well, I can be there too,’ which is great.

“But I think when you get into the regular season and you have a normal schedule, you don’t get home by midnight and your schedule changes. So I’m sure he’ll adapt to that.”

Riley noted that Butler’s leadership has been both focused and enthusiastic. However, he did indicate that Butler’s perfectionist tendencies were exhausting for the 30-year-old, who’s set to begin his ninth NBA season.

“I think the one thing that he has brought, he has really brought an awareness to another level of what he has to do,” Riley said. “Not just coming into another normal camp with his team. This is a new team, new situation.

“I thought he has had a perfect week. Actually went to a point where he was so hyper to a point where he became sort of exhausted by the end of the week by trying to make everything right. I love it. I think he’s going to be great for us. I just do.”

Butler’s leadership is something that will help fill the void left after Heat legend Dwyane Wade retired. That ability and his production on the court were the chief reasons why Riley made two exhaustive efforts to acquire Butler.

The first of those efforts came last year when Butler was still a member of the Minnesota Timberwolves, while the most recent instance came just prior to the veteran becoming an unrestricted free agent. Had Riley not made his deal with the Philadelphia 76ers in the hours leading up to the start of free agency, the Heat’s salary-cap woes would have prevented them from signing Butler.

One week of training camp is a mere snapshot for a season, with the real test getting underway in a few weeks. That’s when Butler’s importance will truly be on display when the Heat host the Memphis Grizzlies to start the regular season on Oct. 23.