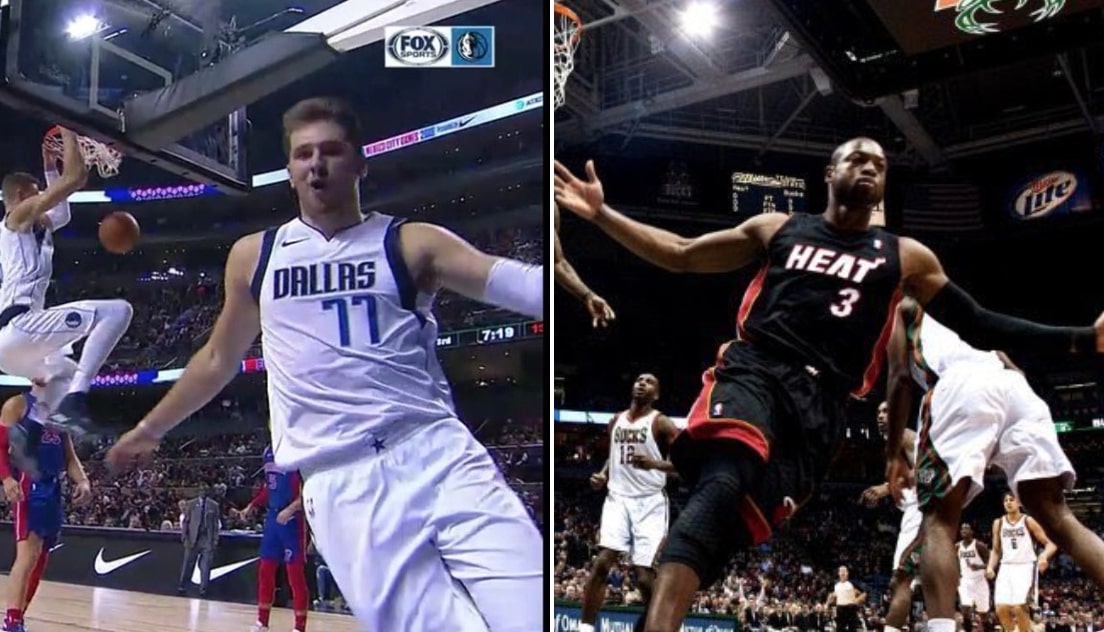 Back when LeBron James and Dwyane Wade were members of the Miami Heat, the two superstars completed one of the most iconic alley-oops in NBA history.

In Thursday night’s game between the Dallas Mavericks and Detroit Pistons, Luka Doncic and Kristaps Porzingis seemingly attempted to recreate their own version of the legendary Heat play.

It didn’t take long for NBA Twitter to sink their teeth into the play, poking fun at the Mavs stars’ attempt.

“Hi, I’m dwayne wade and this is Lebron and we have DirecTv.”

“and I’m Luka and this is Kristaps, and we have cable.” pic.twitter.com/IREVfBsLg9

there are only a few untouchable, uncapable of being recreated or done better NBA moments:

to compare anything to them ever is basketball blasphemy https://t.co/YmlSrGWhTE

Lebron & Dwade: How my little brother and I felt when we lowered the hoop in the driveway.
Luka & Kristaps: How we actually looked. pic.twitter.com/U32OMjOP2J

While it’s unlikely Doncic and Porzingis were actually trying to recreate the James-Wade moment, it’s hard to argue against the similarities.

The two young stars may have been the butt of a joke, but luckily their alley-oop helped lead to a comfortable 122-111 win versus the Pistons. Still, they might want to think twice about pulling a play similar to this one anytime soon.