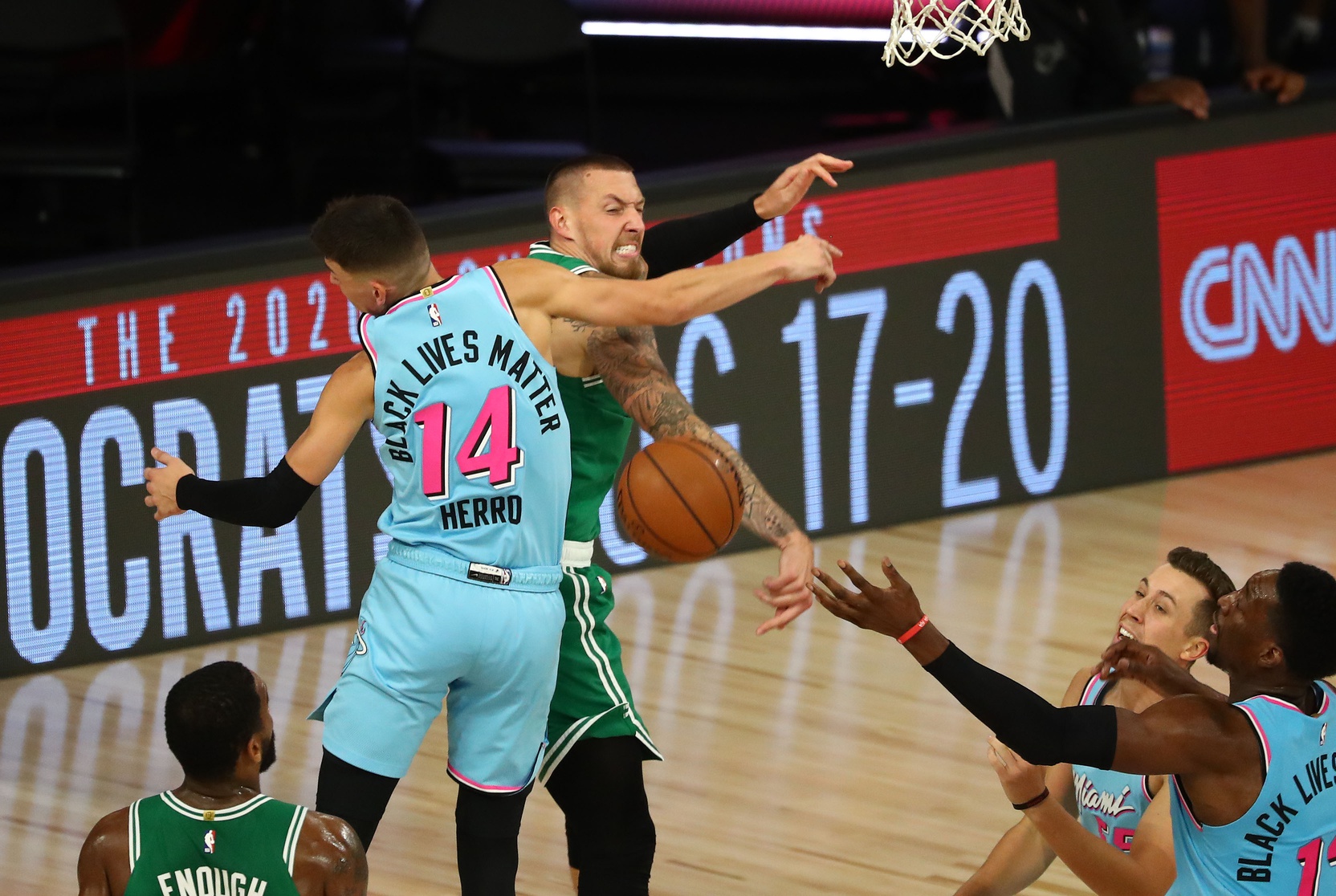 The Miami Heat will take on the Boston Celtics in Game 1 of the Eastern Conference Finals on Tuesday night.

It is a highly anticipated matchup, as both teams have well-rounded offensive attacks.

However, according to The Athletic’s Josh Robbins, a scout, front office executive and coach have all picked the Celtics over the Heat in the series.

While Boston certainly has a lot of star power with Kemba Walker, Jaylen Brown and Jayson Tatum, Miami is just as equipped to win the series.

The Heat, led by Jimmy Butler and Bam Adebayo, are 8-1 this postseason. They knocked off reigning MVP Giannis Antetokounmpo and the Bucks in just five games.

Miami will look to prove the critics wrong in the series. Game 1 is set to tip off at 6:40 p.m. EST from the Orlando, Fla. bubble.