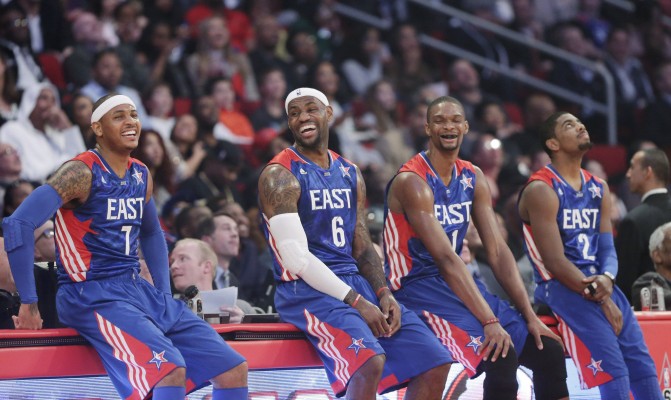 In recent years, the competitiveness of the NBA All-Star Game has come under criticism because of the lack of defense that had essentially turned the game into a dunking and layup contest. In order to bring back motivation to actually win the game, the NBA is offering a lucrative solution to the problem.

Chris Haynes of ESPN.com wrote that members of the winning team will now each receive $100,000, doubling the past compensation of $50,000. Meanwhile, members of the losing team will continue to receive $25,000 apiece, with the financial difference on the scoreboard now amounting to $75,000.

The game will be played at Staples Center in Los Angeles on Feb. 18.

That amount has gotten the attention of some of those who’ll be taking part in the game, with players noting how the increased incentive should translate into a better game.

“I think it will help, for sure. That’s a lot of money,” Golden State Warriors guard Klay Thompson said. “It will definitely help.”

Boston Celtics point guard Kyrie Irving will be in a new uniform for this year’s contest, but he also expects to see more tension on the court.

Another factor that will help change the dynamic of the game this year is that the teams won’t be comprised of players from the same conference. Instead, team captains, LeBron James and Stephen Curry, chose the players. James and Curry earned the honor by receiving the most votes in each conference.
[xyz-ihs snippet=”HN-300×250-TextnImage”]