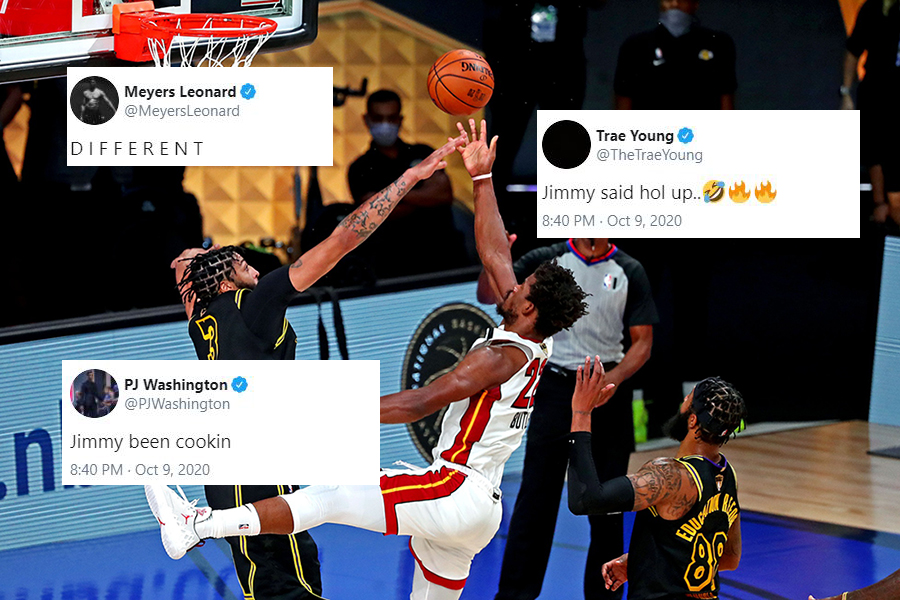 The Miami Heat have shocked the basketball world once again by winning Game 5 of the NBA Finals to keep their championship hopes alive.

The NBA community took to social media to praise Butler for his heroic performance.

The Heat trailed the series 1-3 coming into Friday’s contest, and they were considered underdogs as they were without starting guard Goran Dragic yet again.

But they took an early lead and withstood a fourth quarter Lakers rally to hold on for a season-saving win.

In the Heat’s first victory in this series in Game 3, Butler had a triple-double with 40 points, 13 rebounds, 11 assists.

If Miami is to do the unthinkable and win the NBA title, the Marquette University product will likely need two more such monster games.