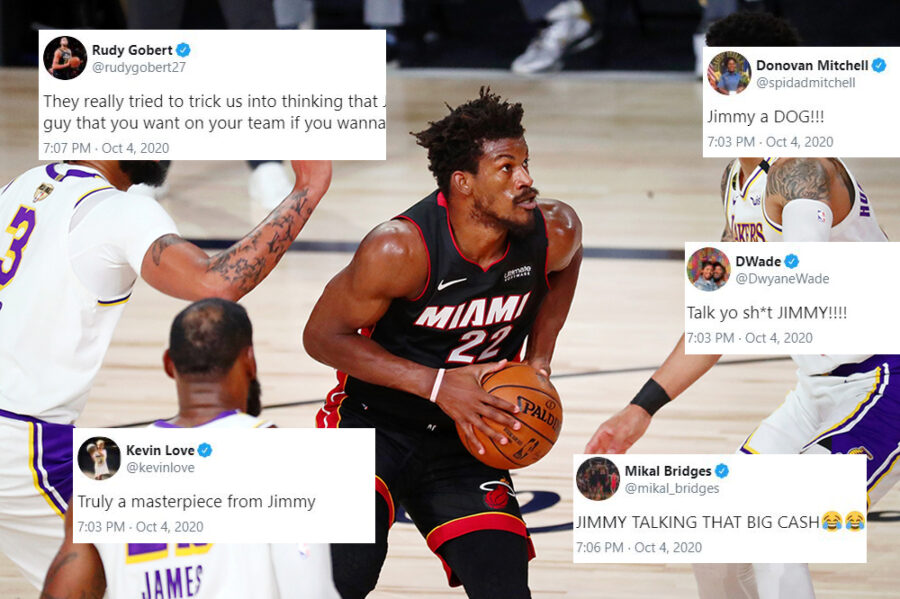 In the past, Jimmy Butler was not only underappreciated, he was also disrespected because of his mercurial style of leadership.

But after Game 3 of the NBA Finals, he gained plenty of respect, as many around the NBA world gave him props on social media for his beastly performance.

Truly a masterpiece from Jimmy

Jimmy buckets it was a honor to play aside you!!! #leader

They really tried to trick us into thinking that Jimmy wasn’t a guy that you want on your team if you wanna win 🤦🏽‍♂️.

With his team trailing the series 0-2 and without Goran Dragic and Bam Adebayo, Butler took as much initiative as anyone has in Finals history.

He put up 40 points, 11 rebounds, 13 assists, two steals and two blocks to carry the Heat to a vital victory.

This season has marked a turnaround of sorts for Butler, as his reputation has greatly improved.

A big reason why is the Heat’s championship-caliber culture, where confrontation is not only accepted, it’s a key component of the team’s personality.

Now, thanks to Butler, Miami has gotten itself into this championship series against a more talented Los Angeles Lakers team.