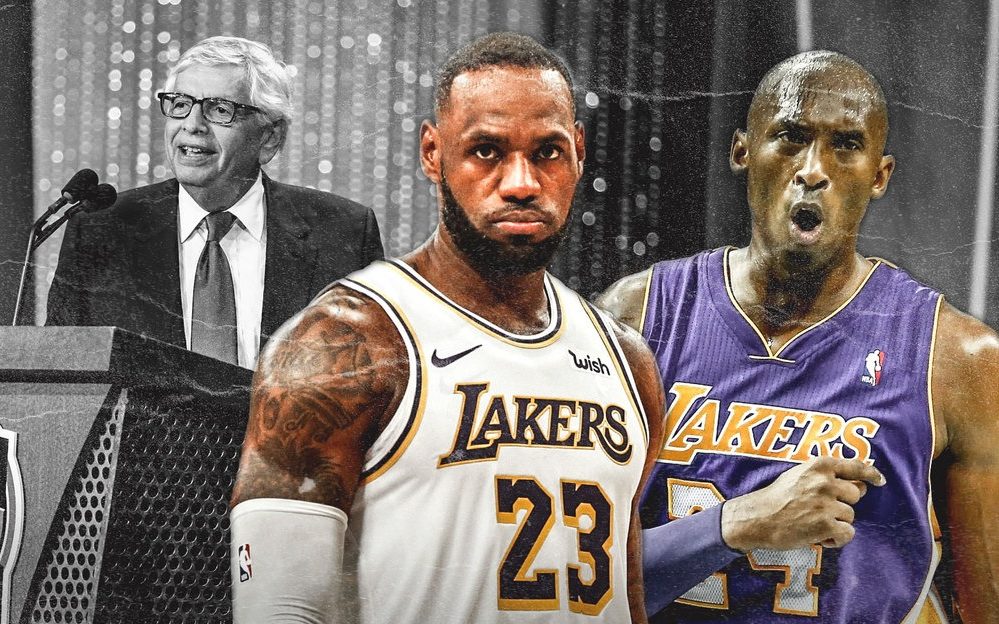 The death of former NBA commissioner David Stern on Wednesday resonated beyond the world of basketball, but Stern’s impact led both Kobe Bryant and LeBron James to offer touching tributes on social media.

The game changed in so many ways under David Stern’s leadership and vision. He demanded the best of everyone because he gave it himself. #Respect Thank you Commissioner. RIP ?? pic.twitter.com/veT9GQfrdC

I will never EVER forget when you called my name on stage and I shook your hand. My dream came true!!! Thank you for your commitment to the beautiful game of basketball that has changed so many young adult/kids lives and more importantly your vision to make our game become WORLDWIDE was a vision only you could make happen! You did just that. Making our game the greatest sport in the world! Was a honor to know you personally. Rest In Paradise David Stern! My prayers goes to your family and friends throughout this difficult time! ?????

Bryant referenced Stern’s ability to grow the game from the many troubles the league faced when Stern became commissioner in 1984. From those depths, which included player drug use and fan apathy, the game grew to a point where the NBA signed billion-dollar media contracts by the time he retired in 2014.

James’ post was in part more personal, noting the 2003 NBA draft, where he was the first player taken overall by the Cleveland Cavaliers. However, he also made sure to note Stern’s ability to grow the game.

Both players achieved an array of individual honors during Stern’s time in office, with the former commissioner often delivering different awards in person.

During Stern’s time as commissioner, the Los Angeles Lakers won eight NBA titles, with James’ current squad back among the league’s best teams. The Lakers will play at home on Wednesday night, hoping to improve on their 26-7 record, with a moment of silence undoubtedly set for just prior to the start of the contest.