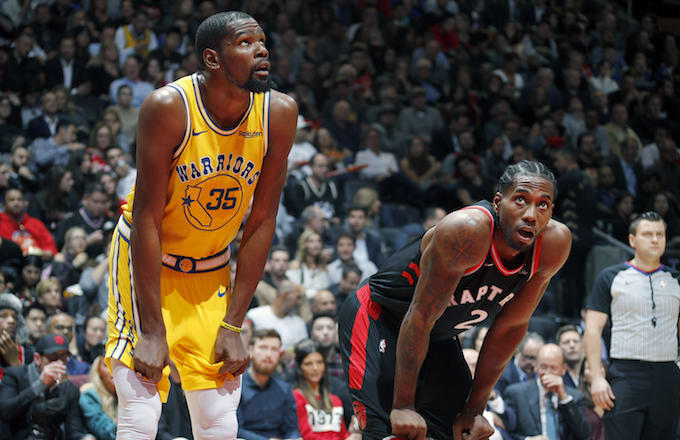 The upcoming free agent class is filled to the brim with top-tier talent including stars such as Kawhi Leonard and Kevin Durant, but the Miami Heat will likely not get a chance to sign any of them.

On Thursday, one NBA insider made it abundantly clear why the Heat won’t serve as a free agent destination this summer.

.@WindhorstESPN on The Lowe Post: "I think you can say this about every available star. If there was a different situation, Miami would be in all these people. I think they'd be a bidder for Durant and Kawhi, but they're not. Their cap is loaded and their team is low on talent."

It’s a real shame, but it is also important to confront the facts regarding the Heat’s prospects at the moment. While Miami’s rotation is deep, their 24-25 record clarifies the need for a true superstar.

That is why the Heat worked so hard to try to bring All-Star Jimmy Butler to South Florida via trade earlier this season.

In the end, it seemed team president Pat Riley’s stubbornness played a role in his inability to get a deal done. Similarly, it was his decision to sign players like Hassan Whiteside, Tyler Johnson, Kelly Olynyk to expensive multi-year deals in past seasons that currently handcuff his ability to target star talent now.

While Riley is undoubtedly one of the most celebrated executives in the NBA, he has made some serious strategical missteps that are now having a clear impact.

With the trade deadline just a week away, the Heat are going to need to make some major moves in order to clear up the space necessary to sign a star free agent. At the moment, that seems quite unlikely.
[xyz-ihs snippet=”HN-300×250-TextnImage”]

Featuredkawhi leonardKevin Durantmiami heatNews Tickerpat riley
← Previous Story Erik Spoelstra on Miami Heat’s Rotations: ‘I Don’t Know If I Am Making the Right Decisions’
Next Story → Zaire Wade Claims His Dad Got ‘Robbed’ From Being an All-Star