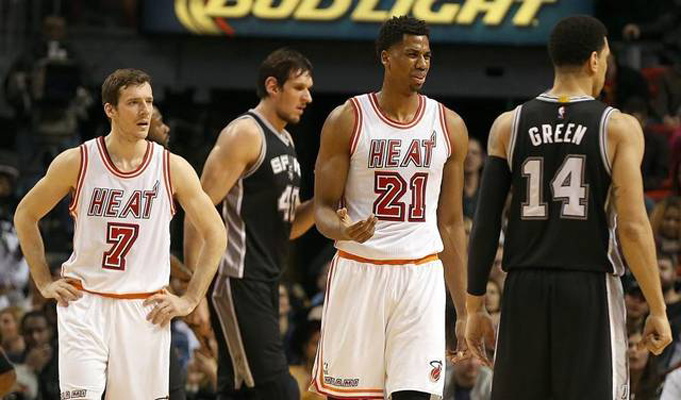 Miami Heat center Hassan Whiteside did not make one of the three All-NBA teams, which were announced on Thursday, despite averaging a career-best 17.0 points and 14.1 rebounds per game.

The All-NBA teams were announced in advance of the NBA’s first-ever awards show because of the potential impact on players’ salaries in advance of the July 1 start of free agency, per Ira Winderman of the Sun Sentinel. These selections were made by sportswriters and broadcasters across the country.

NBA announces All-NBA teams. Neither Paul George nor Gordon Hayward made it. Thus, no supermax for either this year. pic.twitter.com/GbHl82Ss9G

The 27-year-old hoped to become the first Heat center since Shaquille O’Neal to be named to an All-NBA team. O’Neal was the first team All-NBA center in 2005 and 2006.

The rest of the awards such as Most Valuable Player, Rookie of the Year, Defensive Player of the Year, Sixth Man, Most Improved Player and Coach of the Year will be announced on June 26.
[xyz-ihs snippet=”Responsive-ImagenText”]