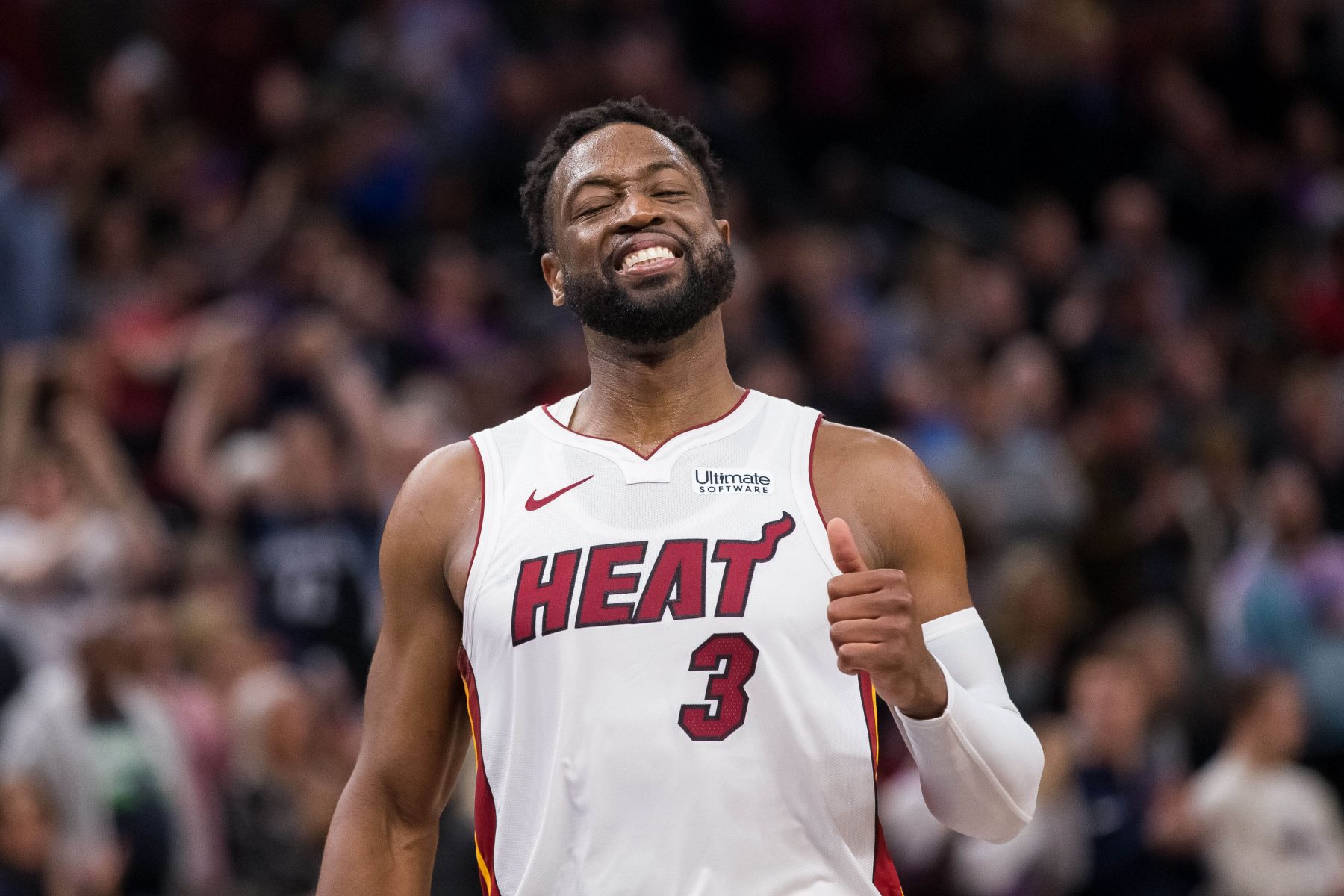 The end is very near for Dwyane Wade’s NBA career, and to honor his incredible career, the Minnesota Timberwolves offered the Miami Heat star some pretty special gifts on Friday night.

“Wade received a loud standing ovation before the game and was embraced by Timberwolves owner Glen Taylor, who gave him a gift including jerseys of Kevin Garnett and other standout Timberwolves,” Barry Jackson of the Miami Herald recounted.

Wade also reacted to the gifts, expressing his gratitude for the honor.

“I was surprised and told Glen Taylor and his wife thank you for this honor,” Wade said. “I appreciate it. I got some nice jerseys, some legendary ones with Garnett, so the collection is definitely nice.”

It’s a sad reality that is starting to dawn on Heat fans everywhere. What is important now, however, is to cherish the little time fans have left with Wade as a basketball player.

With just one final home game on the docket for Wade and the Heat, it’s sure to be an emotional several days.
[xyz-ihs snippet=”HN-300×250-TextnImage”]