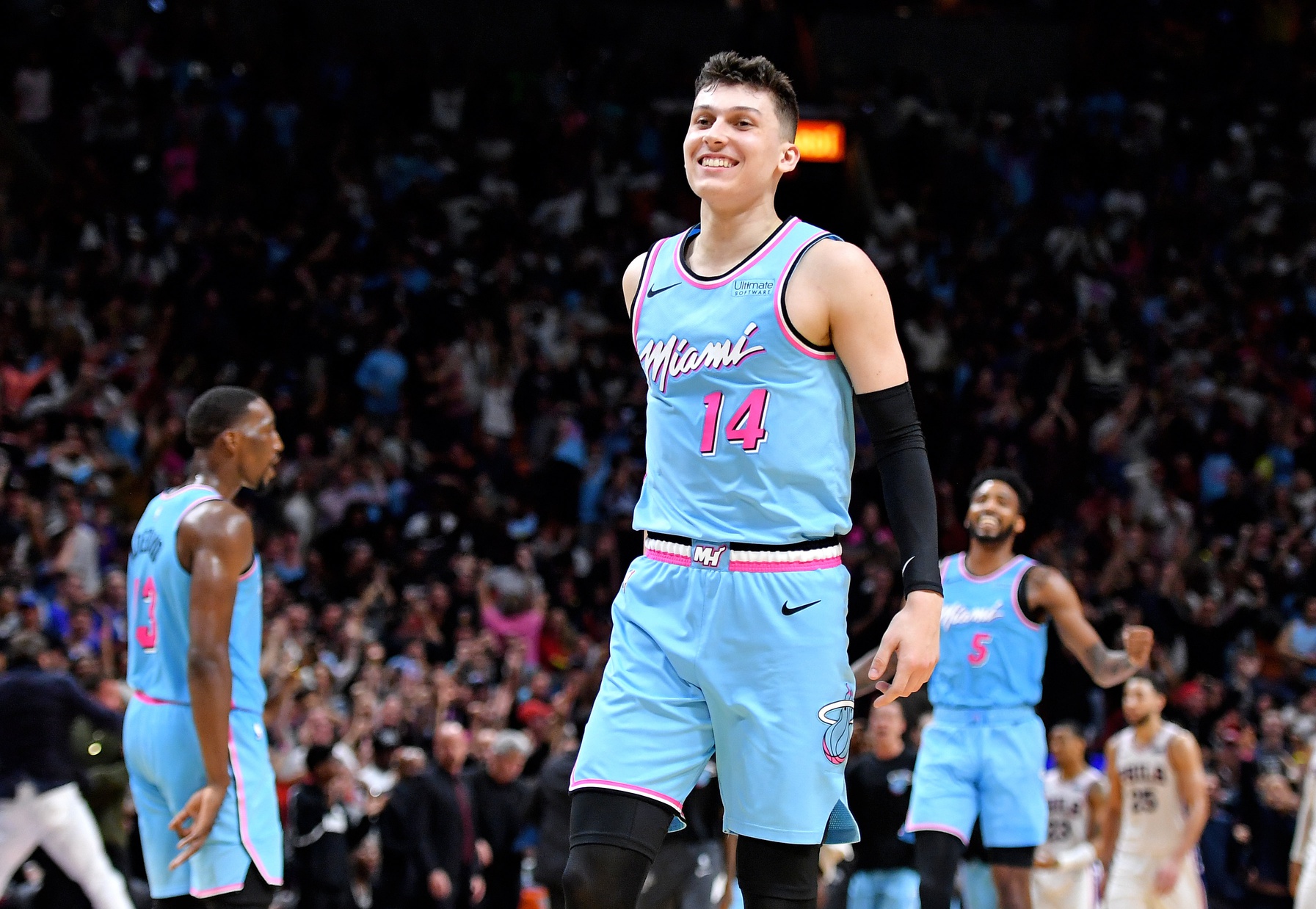 Miami Heat guard Tyler Herro has taken the NBA by storm this postseason, and now the rookie guard reportedly has the top-selling jersey in the NBA.

Tyler Herro currently has the top selling jersey in NBA, per https://t.co/m5jErOJjtJ pic.twitter.com/NrNQPWeOqD

Herro, who dropped 37 points on 14-of-21 shooting in Game 4, has been instrumental in Miami’s success against the Boston Celtics in the Eastern Conference Finals.

The rookie’s dominant Game 4 put Miami just a win away from reaching the NBA Finals for the first time since the 2013-14 season.

Herro was solid in the regular season this year, as he averaged 13.5 points, 4.1 rebounds and 2.2 assists per game.

However, he has taken it up a notch in the Heat’s 13 postseason games. The University of Kentucky product is averaging 16.5 points, 5.7 rebounds and 3.9 assists per game.

Miami will look to close out the series against Boston when they match up in Game 5 on Friday.