Don't Miss
Home / Media / Erik Spoelstra on Wayne Ellington’s Lack of Minutes: ‘It Makes Me Sick to My Stomach’

Erik Spoelstra on Wayne Ellington’s Lack of Minutes: ‘It Makes Me Sick to My Stomach’ 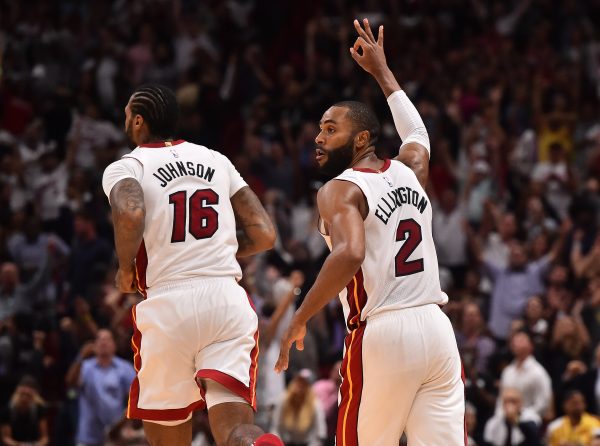 A year ago, Wayne Ellington played a large role for the Miami Heat, appearing in 77 contests, averaging 26.5 minutes per game and helping them earn the sixth seed in the Eastern Conference.

This year, the story has been different. Ellington has played in only 20 of the Heat’s 35 games, and has played fewer than 10 minutes in the team’s last seven contests.

While Ellington missed games early in the season due to an ankle injury, and has missed a few recent games due to illness, his current lack of minutes is primarily due to coach Erik Spoelstra choosing other options. The wing-heavy Heat have gotten strong contributions this season from Tyler Johnson, Rodney McGruder, Josh Richardson, Dwyane Wade and Justise Winslow, and lately, Spoeltsra has prioritized all five over Ellington.

But Miami’s coach doesn’t feel good about leaving Ellington out of the rotation.

Spoelstra says “it makes me sick to my stomach that I can’t play Wayne” Ellington.

While Spoelstra may feel ill over Ellington’s minutes, there’s not much that can be done. Barring injuries or trades, it looks as though the 10th-year shooting guard will be stuck on the back of the bench for the foreseeable future.

This is Ellington’s third season in Miami. After averaging double figures in his first two seasons with the team, he’s scoring just 8.3 points per game this year.
[xyz-ihs snippet=”HN-300×250-TextnImage”]