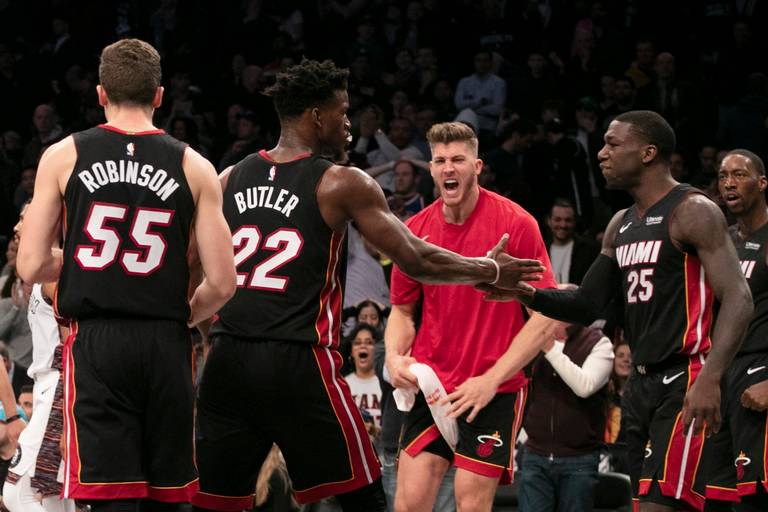 Miami Heat guard Kendrick Nunn came off the bench in Miami’s 99-87 victory over the Indiana Pacers. The win gave the Heat the series sweep, but it also marked a milestone for Nunn.

Monday was the first time that Nunn played in an NBA playoff game.

Nunn delivered for Miami, scoring seven points and adding three rebounds and two assists in just over 14 minutes of action.

His performance garnered praise from many of his teammates.

“I’m proud of him,” Bam Adebayo said. “I’ve really been talking to him a little bit, telling him to stay locked in because you never know when your time could be.

“I was just sharing stories of how my rookie year was, when Spo would put me in for 30 seconds and I wouldn’t play the rest of the game.

“I’m truly proud of that kid staying locked in. He didn’t get discouraged by his situation.”

Adebayo wasn’t the only Heat veteran to heap praise on Nunn. Jae Crowder acknowledged how hard it’s been for Nunn to change roles late in the season.

“It has been tough for him mentally,” teammate Jae Crowder said. “He was in the rotation all year.”

Jimmy Butler was also happy that Nunn was able to stay ready despite the change.

“We’re happy for him,” Butler said, “because you never know when his name was going to be called. But the pro that he is, the way he’s been paying attention to the game plan, the way he’s still been working on his game, he was ready. That’s all you can ask of our young guys. I think he did a great job of coming in and doing exactly what he’s been doing all year long. We’re happy for him. And you never know what that did for him in Coach’s mind.”

Nunn and the Heat will await the winner of the series between the Milwaukee Bucks and Orlando Magic in the second round of the NBA playoffs.