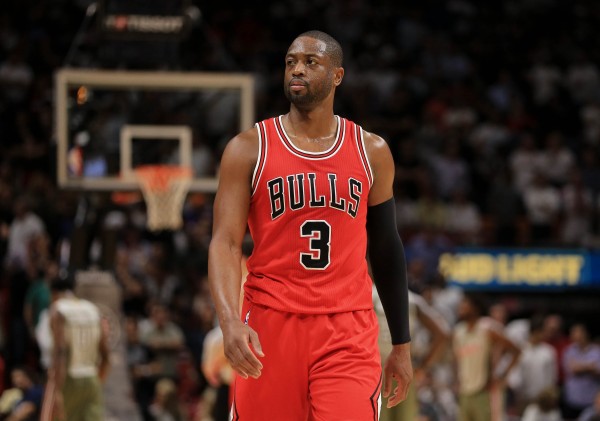 The Dwyane Wade sweepstakes has begun and according to Las Vegas, the Miami Heat have the best chance of landing the star shooting guard.

Wade and the Chicago Bulls agreed on a contract buyout on Sunday evening, and while there have been reports that Wade and Heat president Pat Riley are still not seeing eye to eye, Vegas seems to think both parties will be able to overcome their differences to bring Wade back to Miami.

According to the opening lines at Bookmaker.eu, the Heat have the best odds to land Wade at +145. Miami is followed by the Oklahoma City Thunder at +180, with the field at +210. Though Wade has been linked to former teammate LeBron James and the Cleveland Cavaliers, the Cavs’ odds currently sit at +600.

Wade will likely want to make a decision sooner rather than later so he can being training with his new team. When he does, it will be the cap to an exciting and dramatic NBA offseason.
[xyz-ihs snippet=”Responsive-ImagenText”]