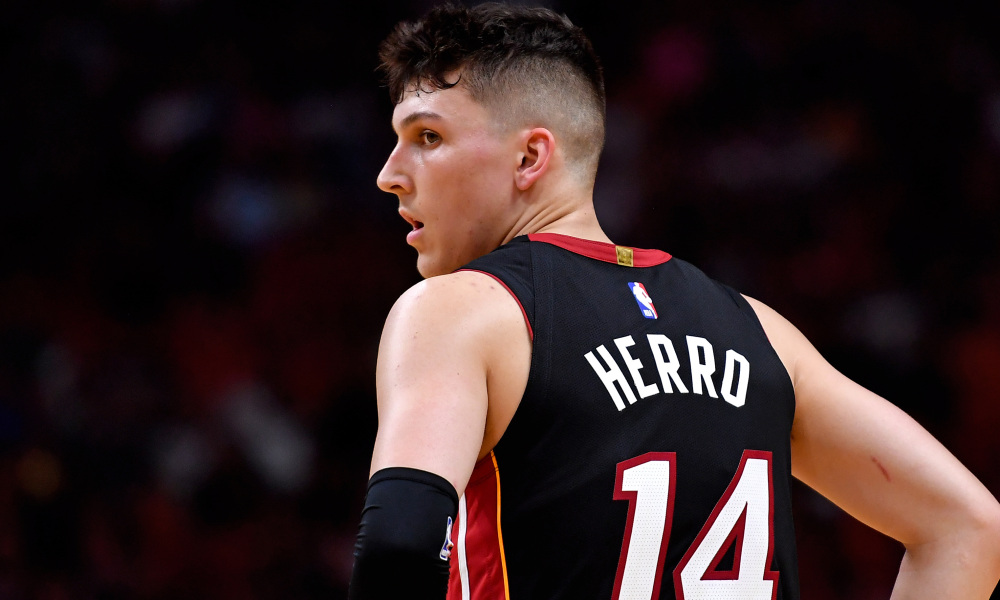 Tyler Herro has been a pleasant surprise for the Miami Heat. The rookie guard has played a vital part in the team’s success this season and during its impressive run in the NBA bubble.

Although Herro has been playing incredibly well while turning into a star for Miami, he was one of a few players that had to battle COVID-19 before the NBA restart. Herro recently opened up about that struggle.

“I was sick for a week or two,” Herro said in an interview with Tim Reynolds of the Associated Press. “My chest was hurting really bad. I had it right when the season shut down.”

Despite his battle with COVID-19, Herro has bounced back with a vengeance. He’s been one of the best players on the Heat in the bubble and will be crucial to the team’s chances of winning the fourth NBA title in the franchise’s history.

In nine games so far in the playoffs, Herro is averaging 14.7 points, 4.9 rebounds and 3.3 assists in 32.3 minutes per game. Perhaps the most impressive stat for the rookie guard is his shooting efficiency. He’s currently shooting 41.3 from the floor and 40.0 percent from beyond the arc.

The most remarkable part of Herro’s success is the fact he’s a 20-year-old rookie. He’s absolutely fearless on the floor and more than willing to take big shots in clutch situations.

The sky is the limit for Herro. He’ll continue to play a big role for the Heat as they head into the Eastern Conference finals against the Boston Celtics in what could the team’s toughest challenge yet.