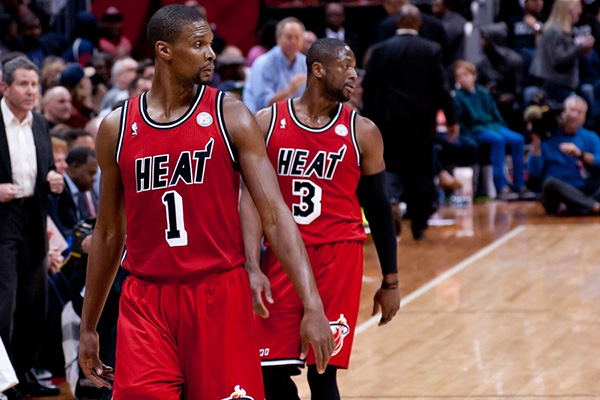 The Miami Heat are considered one of the top teams in the Eastern Conference heading into the 2015-16 season.

ESPN seems to agree—the Heat were not only ranked No. 10 by Marc Stein in his first power rankings of the season, they were ranked as the third-best team in the entire conference.

The two teams ahead of Miami in the East? The Cleveland Cavaliers at No. 2 and the Atlanta Hawks at No. 9.

The Cavaliers advanced to the NBA Finals in 2015, while the Hawks achieved the best regular season record of any team in the conference this past year.

Stein stated the following in regards to the Heat’s ranking:

“Can you be a rampant Goran Dragic fan and a Heat skeptic at the same time? Miami is the ultimate win-now team, but there’s no escaping the fact that the next minute Dragic, Dwyane Wade, Luol Deng, Chris Bosh and Hassan Whiteside share the court together will be the first. So many ways this can play out.”

Elite teams in the East from last season such as the Chicago Bulls and Toronto Raptors were ranked at No. 11 and No. 13, respectively.

There is no doubt that the Heat have the potential to match up with the Cavaliers in terms of sheer talent on paper. The difference between the two teams is that one is coming off of a 37-45 non-playoff season, while the other is a proven commodity, having made it to the NBA Finals last season.

As mentioned by Stein, the Heat’s projected starting five have yet to even play together. Looking at that lineup on paper is one thing, but seeing it on the court might be a whole different story.

Chemistry will be absolutely instrumental regardless of how star-studded the Heat’s starting lineup is.

We will see just how much chemistry this starting five has when Miami opens its regular season on October 28th versus the New Orleans Hornets.
[xyz-ihs snippet=”Responsive-Ad”]