Don't Miss
Home / Media / Stanley Johnson Reportedly Refused to Work Out for Charlotte, Hopes to Get Picked by Detroit or Miami

Stanley Johnson Reportedly Refused to Work Out for Charlotte, Hopes to Get Picked by Detroit or Miami 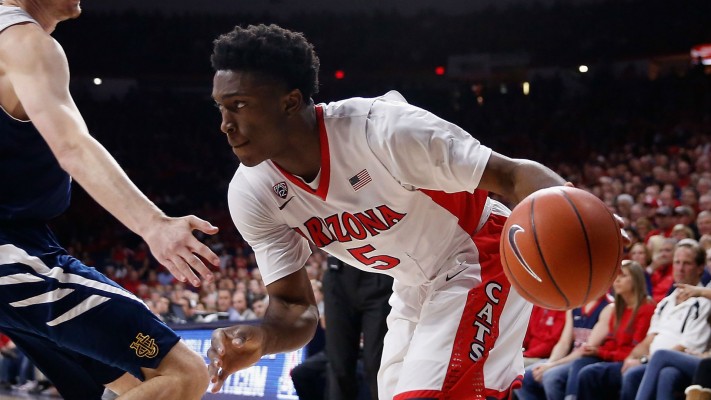 Depending on what takes place in the first round of the 2015 NBA Draft next Thursday night, the Miami Heat may now be in a better position to select University of Arizona forward Stanley Johnson.

That’s because according to a tweet from Jonathan Givony of Draft Express, Johnson allegedly refused to work out for the Charlotte Hornets. What makes Johnson’s action intriguing for Miami is that he supposedly did it in order to be selected by either the Detroit Pistons, who have the #8 selection, or the Heat.

Stanley Johnson reportedly refusing to work out for Charlotte, who are drafting 9th. Hoping to get picked by Detroit (#8) or Miami (#10).

Johnson, who is 6’7″ and weighs 245 and only turned 19 last month, was the PAC-12 Freshman of the Year for the Wildcats, who reached the Elite Eight. During his lone season at the school, Johnson averaged 13.8 points per game and grabbed 6.5 rebounds per game, though he did struggle during the NCAA Tournament.

Those offensive numbers are expected to improve during the course of his NBA career, while his defensive prowess just needs a few more tweaks. Those qualities, as well as his impressive wingspan are the main reason that he’s a virtual lock to be a lottery selection.

Of course, should the Pistons select Johnson, this entire issue becomes a moot point. However, if they look elsewhere, that puts him in prime position to join the Heat, with an ESPN mock draft just yesterday doing just that.

Miami definitely needs to be prepared in the event that Luol Deng leaves during the free agency period that begins on July 1. The team’s frontline needs some replenishment, and Johnson could be just the ticket.
[xyz-ihs snippet=”Responsive-Ad”]