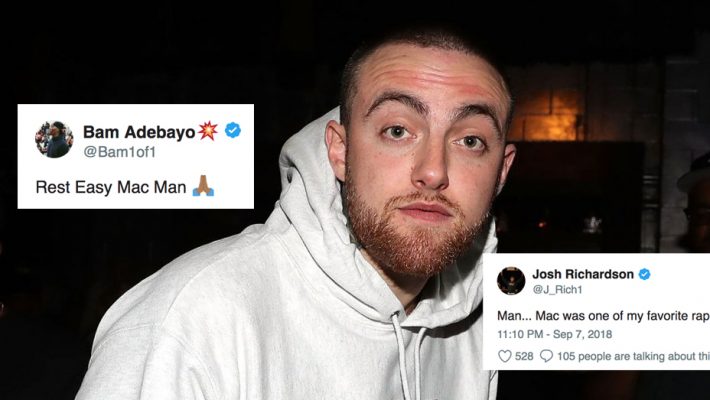 On Friday, the music world was hit with the tragic news that rapper Mac Miller had passed away at the tender age of 26.

Miller, a known lover of basketball and sports in general, was mourned by musicians and athletes alike. Two of those athletes were Miami Heat stars Bam Adebayo and Josh Richardson. Both players took to Twitter to express their personal sense of loss over Miller’s untimely passing.

Man… Mac was one of my favorite rappers… RIP. ?

On Friday, Miller died of an apparent drug overdose in his home. He was reportedly found unresponsive and was pronounced dead at the scene upon the arrival of emergency officials. His latest album “Swimming” had been released just over a month ago.

Based on the wave of messages from fellow NBA players such as Karl-Anthony Towns, who was a personal friend of Miller’s, Aaron Gordon, Devin Booker, and more, it seems the loss was felt throughout the league.

From the outpouring of support and messages of love, it seems Miller’s music will live on in locker rooms across the NBA for years to come.
[xyz-ihs snippet=”HN-300×250-TextnImage”]