Heat Players React to Dwyane Wade Coming Back to Miami 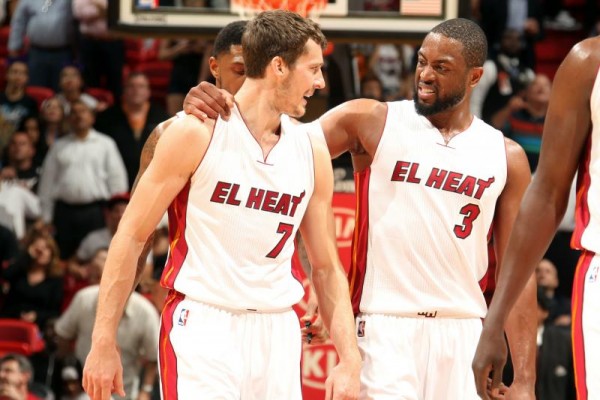 The return of Miami Heat legend Dwyane Wade to the team where he spent the first 13 years of his career became official on Thursday, when the Cleveland Cavaliers sent the veteran to Miami in exchange for a protected second-round pick.

News of the acquisition caught Heat players by surprise, with the Miami Herald capturing their reactions:

Goran Dragic was shocked and spoke of Wade’s stature within the franchise and his leadership abilities:

“You’re kidding me! He’s a Heat Lifer,” Dragic said. “He put his franchise on his back and we need him. It will be awesome to bring our captain back.”

Hassan Whiteside thought at first that the news was a joke, but then became enthusiastic:

“D-Waaaaaaaaaaade! I definitely got more lobs when D-Wade was around. His IQ is amazing,” Whiteside said. “I don’t know what we traded for him but come on back D-Wade. Great news for me. Great news in my eyes.”

Tyler Johnson spoke about the legacy that Wade established during his previous time with the team:

“I couldn’t imagine us getting him back like this, but I’ll take a Hall of Famer. You know Wade County and all that,” Johnson said. “I think it’s going to help UD (Udonis Haslem) the most. He finally has another voice with someone who has won and played at the highest level. This is his franchise. Bringing him back is going to rejuvenate a lot of things. I think it’s an uplifting thing.”

Haslem offered a dry opinion on the return of his fellow veteran:

Udonis Haslem on Wade’s return: “I guess I can share my city with him again.”

Miami’s next game will take place on Friday night, when they host the Milwaukee Bucks.
[xyz-ihs snippet=”HN-300×250-TextnImage”]