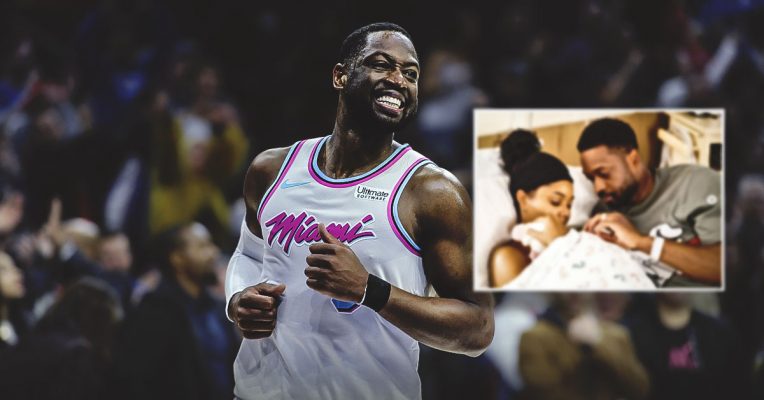 Miami Heat guard Dwyane Wade and his wife Gabrielle Union welcomed a daughter into their family on Nov. 7, joyous news that firmly connected with his teammates and head coach.

Wayne Ellington, Udonis Haslem, and Josh Richardson, along with Erik Spoelstra sent out their congratulations on the arrival of the child, born to a surrogate.

"Amazing. I texted him, congratulated him and he seems like he's very happy and excited to have a baby girl." _ Wayne Ellington

"I know how much it means to him personally to have a baby girl. … It's a blessing." _ Udonis Haslem

Spo on the Gab-DWade baby: "It's awesome. Everybody's pretty excited for him. Now it's real. A daddy's girl. It's cool. He mentioned to a few of us a while ago. I didn't know how many people knew so I just didn't tell anybody until the Instagram post came out. Thrilled for them."

“I’m excited for him,” Richardson said. “First daughter, so that’ll be fun. I think it’ll be good for Gab to have another girl in the house.”

In the days that follow, there will no doubt continue to be an outpouring of support and congratulatory messages for Wade and Union. In Wade’s case, he’s one of the NBA’s most beloved players and is in the midst of what he’s dubbed “One Last Dance,” marking the 16th and final season of his legendary NBA career.

Wade and Union were married in 2014, with this being their first child together. The couple are currently raising Wade’s three sons and his nephew, a family that now welcomes a daughter into the fold.