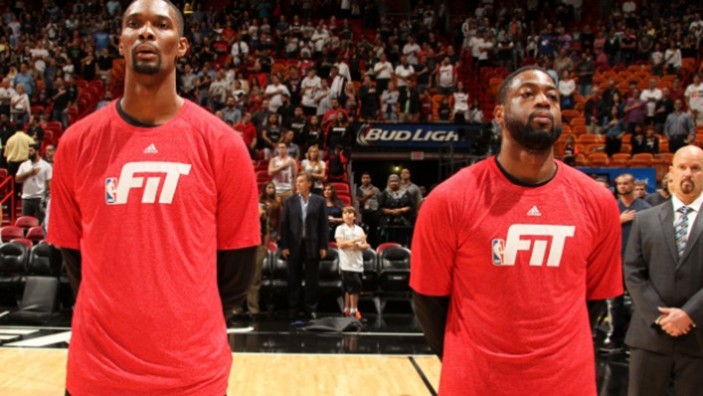 The Miami Heat have had a big offseason with the additions of Amar’e Stoudemire, Gerald Green and Justise Winslow.

However, ESPN feels they’ll have an even bigger season when they actually take the court. According to ESPN’s annual summer forecast, their panel projects the Heat as the third-most likely team to win the Eastern Conference. The Cleveland Cavaliers were voted as the most likely to win the East, with the Chicago Bulls coming in second.

Can @DwyaneWade & Co. stay healthy to make a run at the East crown? @MiamiHEAT rank 3rd on our list. #ESPNForecast pic.twitter.com/gci2rp20Ti

The Cavaliers ran away as the “most likely team to win the East” in voting as they had 158 total points from the panel. The Bulls followed with a total of 53, with the Heat at 29 points.

This is a step-up from the voting for Eastern Conference standings by the panel earlier this month. The Heat were projected to finish as the fourth-best team in the Eastern Conference by the end of the regular season in ESPN’s forecast.

It’s clear that many are picking the rejuvenated Heat to contend with the Cavaliers for supremacy in the East this upcoming season. Miami returns key players such as Dwyane Wade, Goran Dragic and Chris Bosh. If the team is able to remain healthy in 2015-16, there’s no reason why they shouldn’t be on the same level as the very best the conference has to offer.
[xyz-ihs snippet=”Responsive-Ad”]