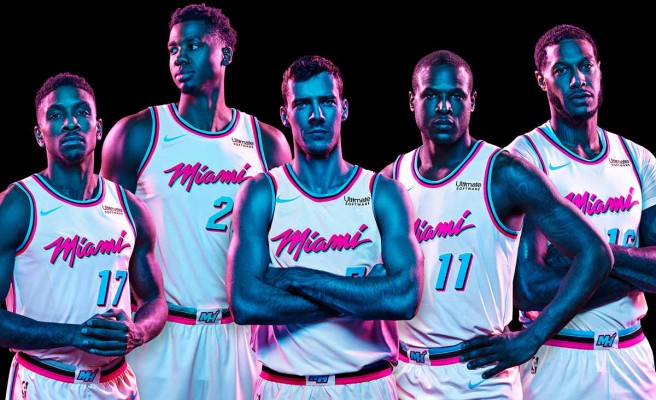 After much anticipation, the Miami Heat have finally unveiled their Vice-themed uniforms.

The Heat went all out with their announcement, outfitting their entire NBA website to match the jersey’s flashy colors and cursive font.

They paired the reveal with an explanation of what inspired the uniform’s creation:

“Inspired by Heat history and Miami in the 1980s, Vice is the Heat uniform you’ve been waiting for.”

Miami’s official Twitter account released an incredible video that will surely convince many Heat fans to reach for their wallet once the jerseys are available for purchase.

The Heat are set to debut the new look Thursday when they take the court in front of a home crowd against the Sacramento Kings. They will go on to sport the look in 14 additional games this season.

After starting 2018 with a seven-game winning streak, the Heat have gone on to lose three of their last five games. Hopefully these jerseys will energize the fans at American Airlines Arena and help the Heat get the win tomorrow night and many nights after that.
[xyz-ihs snippet=”HN-300×250-TextnImage”]