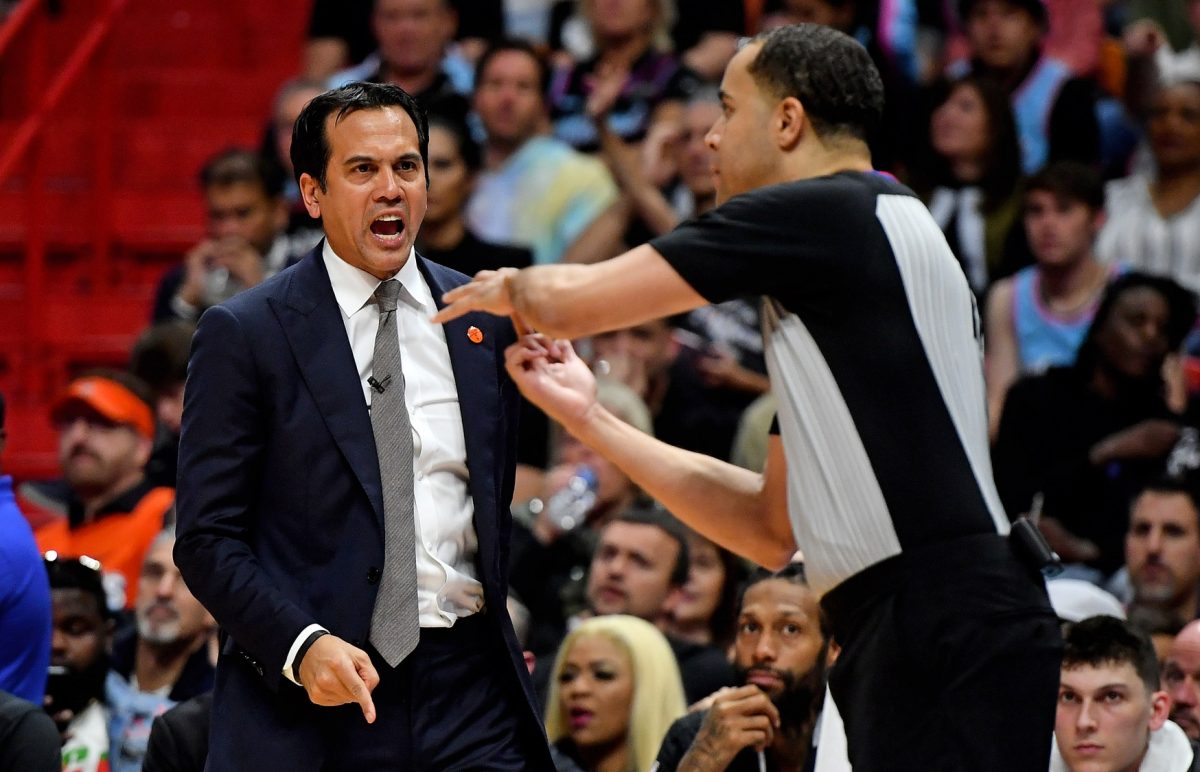 On Wednesday, Heat head coach Erik Spoelstra stood up for his big man in a pointed and pugnacious way.

“More people have opinions of how he needs to play,” Spoelstra said after Miami’s practice session ahead of Game 2. “He’s doing the right things for our team. That’s the only thing that matters. Everybody else can stick it up you know where.”

“He just continues to play how we need him to play as an All-Star player. He definitely has to quiet [people]; he doesn’t need to hear all the opinions of how he needs to play. He’s playing winning basketball.”

Adebayo, 23, helped lead the Heat to a Game 1 victory over the Indiana Pacers on Tuesday.

“I respect [Spoelstra] totally for it. He understands, he knows what we came from and I’m starting to flourish now. The biggest thing is he just wants me to impact winning and help this team win. Other people got opinions, but they didn’t have opinions in October.”

The 6-foot-9 pro collected 17 points, 10 rebounds and six assists during the Heat 113-101 win over the Pacers in Game 1 of their playoff series.

Earlier this season, Adebayo was named an All-Star for the first time in his career. However, the new rank has come with heavy expectations.

After all, he is considered one of the Heat’s cornerstone pieces. The University of Kentucky product is putting up a career-high 15.9 points, 10.2 rebounds and 5.1 assists per game this season.

Spoelstra, 49, understands the value Adebayo brings to the floor. Spoelstra has assisted the No. 14 pick in the 2017 NBA Draft in becoming one of the best young players in the league.

Game 2 between the Heat and Pacers takes place on Thursday.