Miami Heat Have Creative Ways to Use Justise Winslow This Season 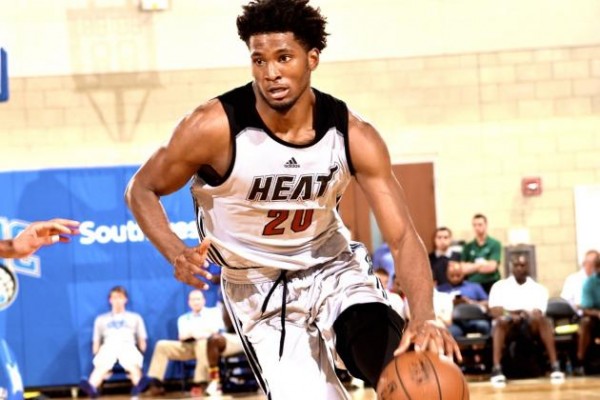 When the Miami Heat drafted Justise Winslow with the No. 10 overall pick in the draft, they knew what type of player they were getting.

They were getting a versatile swingman capable of playing small forward, shooting guard and even a little bit of point guard. Because of his ability to handle the ball while being more than capable of defending up to three positions, the Heat have creative plans for their 19-year-old first-round draft pick according to the Miami Herald.

Winslow commented on how the team plans to use him this season while at a team event earlier this week in Doral, Florida:

“It’s going to be good. The way they’re using me I think is going to be really special, really going to help me showcase a lot of my skills.”

At 6’6,” the University of Duke product is still a work in progress—while he possesses the ability to beat his man off the dribble, he still struggles in regards to consistency with his jump shot. As a result, Winslow has committed himself to improving his shot this summer, both inside and outside of the three-point line.

While coaches have tinkered with his technique, there hasn’t been any major changes to the way he shoots the ball, says Winslow:

“I definitely feel comfortable shooting from three-point range but it’s working on everything: pull-ups, mid-range, posting up, finishing. There has been a huge emphasis on my shooting mechanics, trying to get everything more fluid and more natural so I can become a better three-point shooter. But there hasn’t been an overemphasis on three-point shooting.”

After converting on 41.6 percent of his threes at Duke, he shot just 3-for-12 from deep during Summer League. Even more concerning was the fact that he shot just 34 percent from the field overall.

As he continues to work on refining his game, he hopes to secure a rotation spot on a stacked team. The Heat have yet to tell him which position they intend to use him at primarily:

“I’m trying to find spots where if I’m in a game with Dwyane Wade, Goran Dragic and Chris Bosh, where I can be most efficient,” said Winslow.

Though he’ll go through his share of growing pains during his rookie season, Winslow is expected to be the primary backup to Luol Deng at the small forward position.

With the regular season still nearly two months away, the No. 10 overall pick will have plenty of time to get acclimated with his new teammates.
[xyz-ihs snippet=”Responsive-Ad”]