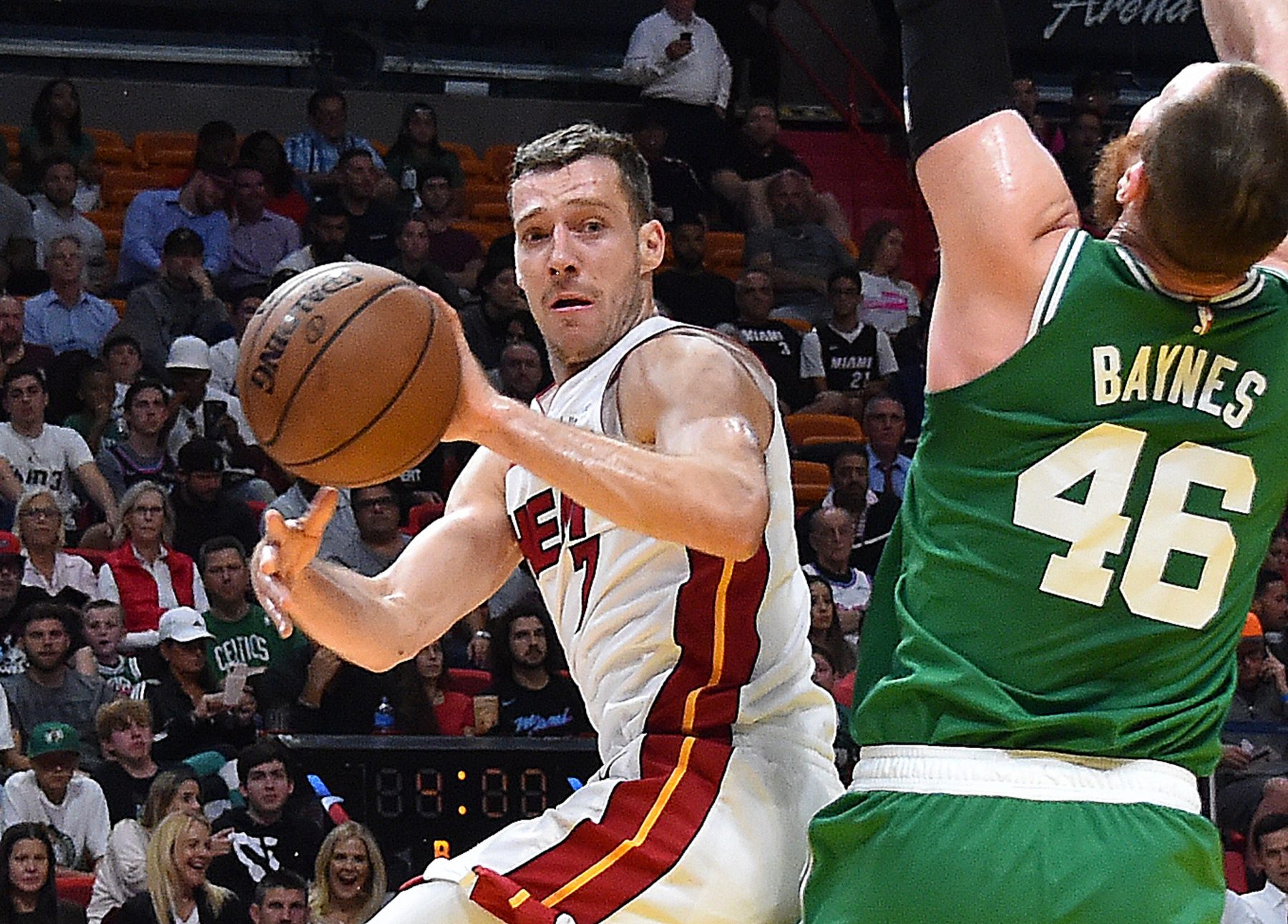 Miami Heat point guard Goran Dragic isn’t sure whether or not he’ll be back with the team for the 2019-20 NBA season.

Despite that large sum of money, Dragic doesn’t yet know what he’ll do. However, the 11-year veteran stressed his happiness in Miami.

“It’s a lot of factors,” Dragic said at a team charity event. “My family, where they feel comfortable. Me, where I’m going to feel comfortable, and winning, everything — where I feel that they want me. It’s a lot of stuff. But, like I said, I’m happy here in Miami. I told that to Pat [Riley], to everybody. We’ll see.”

Dragic said that he met with Riley and let Miami’s president know that some time to reflect was in order.

“I didn’t decide anything yet,” Dragic said. “I didn’t think about it. I was just at home, having a good time with my kids. … So I still need to talk to the family, the agent. Right now, I just want to have two weeks, at least two weeks to one month completely off, enjoy my vacation and then when it’s going to be time for business we’re going to sit down and talk.”

It was a frustrating year for Dragic, who struggled with injuries and only appeared in 36 games.

And while he doesn’t yet know where he’ll be playing next season, his focus is primarily on getting healthy and returning to form in 2019-20.

“My only focus is on the present and try to get my body right and have a good season,” Dragic said. “And then after, we’re going to see whats going to happen. … The knee’s fine. Everything after the surgery, everything looked fine. The only thing I have to do is try to make it stronger. And that’s on me. The doctor checked me and everything was fine. And I’ve got all my work on what I need to do to completely be back 100 percent.”

It was also a frustrating year for the Heat. The team did not play up to expectations and missed the playoffs for the third time in the last five years.

“I mean, it’s tough, everybody wants to play in the playoffs,” Dragic said. “I’m not that guy who just sits at home and watches games. I want to compete and play in those games. … But it’s part of basketball. Get some rest and get ready and focus for the next season.”