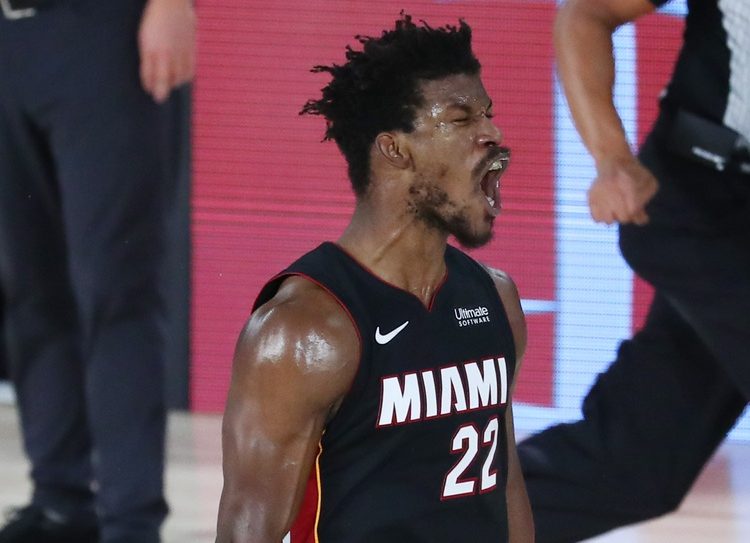 With the Miami Heat now just one win away from the conference finals, the team has been installed by one oddsmaker as the new favorite to capture the Eastern Conference title.

The Miami Heat are now favored to win the East. pic.twitter.com/HA1shzuuF5

The Heat entered their series against the Milwaukee Bucks as underdogs against the team with the best regular-season record, but have been the team dominating action on the court.

In Friday’s Game 3, the Heat were in danger of watching their 2-0 advantage get cut in half as they entered the final quarter trailing by a score of 87-75.

What followed over the final 12 minutes of that contest was the Heat playing at their peak, outscoring the Bucks 40-13 and winning the game, 115-100.

One of the chief reasons why the Heat have been able to take control of their series against the Bucks is the play of Jimmy Butler, whose performance has overshadowed Bucks standout Giannis Antetokounmpo.

If the Heat are able to win one more game over the Bucks, they would face either the Boston Celtics or Toronto Raptors in the conference finals. That Celtics-Raptors matchup has the Celtics currently holding a 2-1 lead entering Saturday’s Game 4 action.

Should the Heat reach the NBA Finals, it would mark the first time since 2014 that the team has competed in that series, having won the most recent of their three titles the year before.

The Heat will go for the sweep against the Bucks in Sunday’s Game 4, which is set for 3:30 p.m. EST.