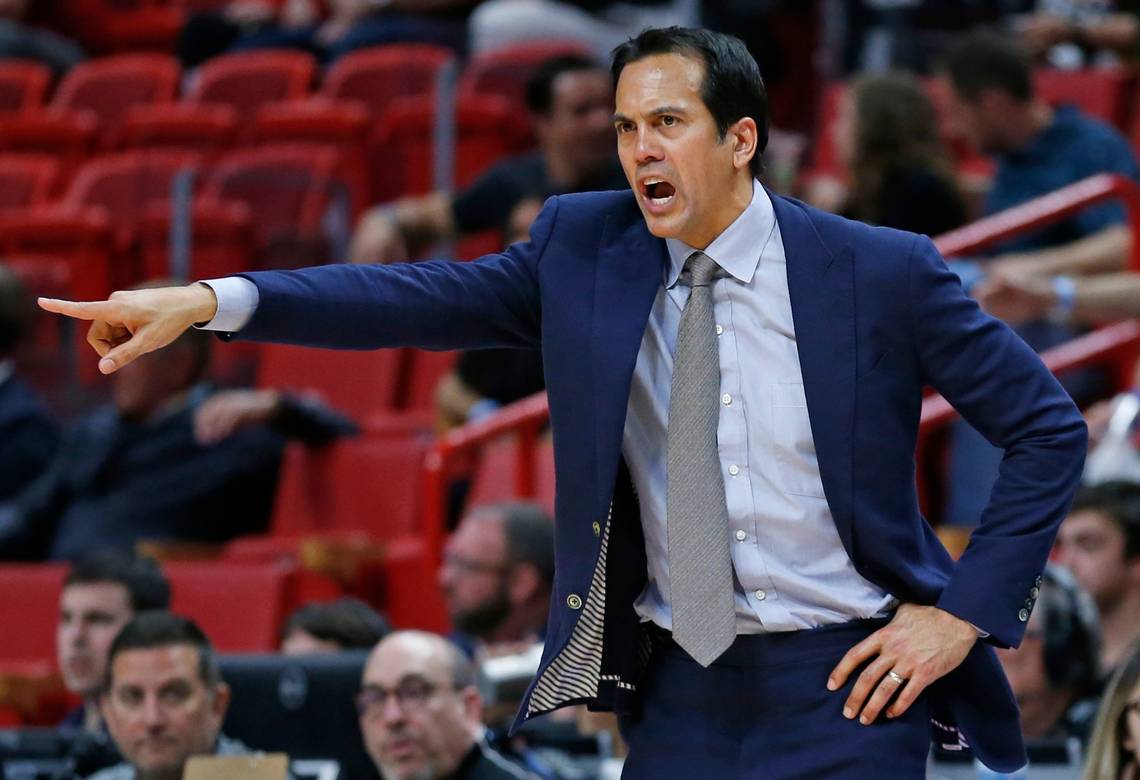 NBA arenas all over the United States will become polling places in the upcoming election.

However, that will not be the case for the Miami Heat’s American Airlines Arena. In a somewhat surprising move, Miami-Dade county has declined the team’s request to be open to voters this November.

Critics of the move have labeled it as being politically motivated. Some have even gone so far as to call it a form of voter suppression.

Shortly after the announcement was made, the Heat organization issued a passionate response. It wanted to make it clear that this decision would not impact the team’s dedication to encourage voting in the state of Florida.

Heat head coach Erik Spoelstra also spoke about the decision from within the NBA bubble.

Here’s the complete comment from Heat coach Erik Spoelstra on Miami-Dade county’s decision to not select the arena as a voting location. Expresses disappointment and says, “I will promise you this, this is not going to stop us. We will get involved one way or another.” https://t.co/l8GnPHWOR0 pic.twitter.com/K0moJUOxyc

“It’s a little bit of a surprise,” Spoelstra said. “We thought that we were on the goal line to be able to get it done. We had really worked with the county to check all the boxes that they seemingly wanted checked. We checked all of those. It didn’t work out. We’re left questioning and wondering. We had everything set. It would have been a perfect place.”

Clearly, the organization is very disappointed.

However, this rejection is sure to push members of the Heat family to work even harder to make sure that the great people of Florida are able to get out the vote later this year.