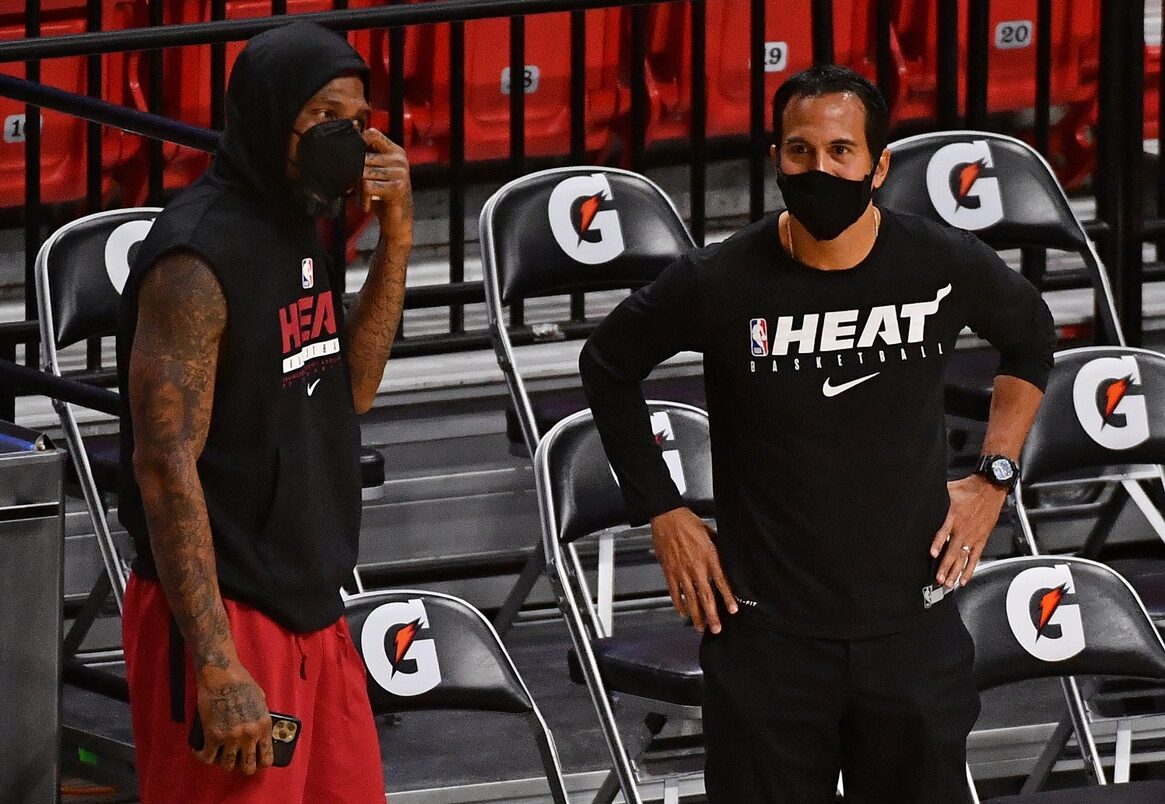 Despite the fact that the Miami Heat are trying to avoid being relegated to the NBA’s play-in portion of the postseason, Heat head coach Erik Spoelstra has vowed to give rarely used Udonis Haslem some playing time.

Entering Tuesday night’s game against the Dallas Mavericks, the Heat have a 35-30 record with seven games left in the regular season. A number of those games will be against challenging foes, which means that simply winning the game requires having the most talented players on the floor.

This season, the 40-year-old Haslem hasn’t received a single minute on the court, with his biggest asset in recent years being his leadership among the members of the team.

Spoelstra is obviously aware that Haslem may choose to call it a career after this season following 18 NBA seasons. During that lengthy span, the veteran and Miami native has been part of all three of the franchise’s NBA titles.

Exactly how long Haslem would be on the court during a game is a question mark, but Spoelstra is apparently making sure that the veteran gets to play one final time if his career is coming to an end.