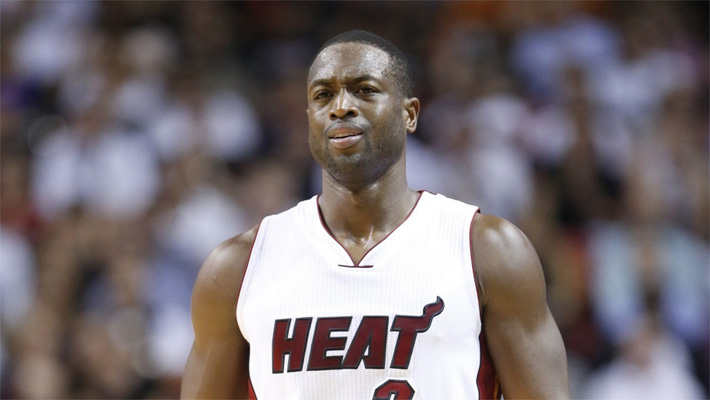 After making a statement over the first five games of the season when he averaged 22.2 points and scored at least 20 points in each of those contests, Wade has cooled off considerably. The 33-year-old shooting guard has failed to score more than 12 points in a single outing in his four appearances since, as he has shot just 32.7 percent on 18-of-55 from the field during that stretch.

The Miami Heat superstar has averaged just 10.8 points over his last four games. Despite appearing to be out of sync, Wade isn’t too concerned over his recent struggles:

“My opportunities are different. The first five games were a little different, I’m not really worried about scoring. I’m just trying to be aggressive, sometimes to make plays, sometimes to score.”

It is worth noting that Wade missed last Thursday night’s game versus the Utah Jazz due to the hospitalization of his son, Zion. In a bit of good news, Zion returned home from the hospital on Monday.

Over his past four games, Wade has failed to go to the free-throw line more than four times a game. The veteran shooting guard attributed his decline in scoring due to his lack of opportunities at the line:

“It’s tough. I’m not getting to the free-throw line. I’m not getting rhythm. So I’ve got to make 10 field goals to get 20 points, right? That ain’t happening most times, because I ain’t shooting much.”

He continued to state that his role on this year’s team is different from last year’s, when he averaged a team-high 21.5 points:

“This year, this team is about trying to win. This is not a year where I’m worrying about scoring.”

Wade has struggled recently, but it shouldn’t be anything for Heat fans to worry about. All great players struggle, and Wade is going through that right now.

If the 13-year veteran continues to struggle like this over the next few weeks, then this story becomes an issue to to worry about.
[xyz-ihs snippet=”Responsive-Ad”]