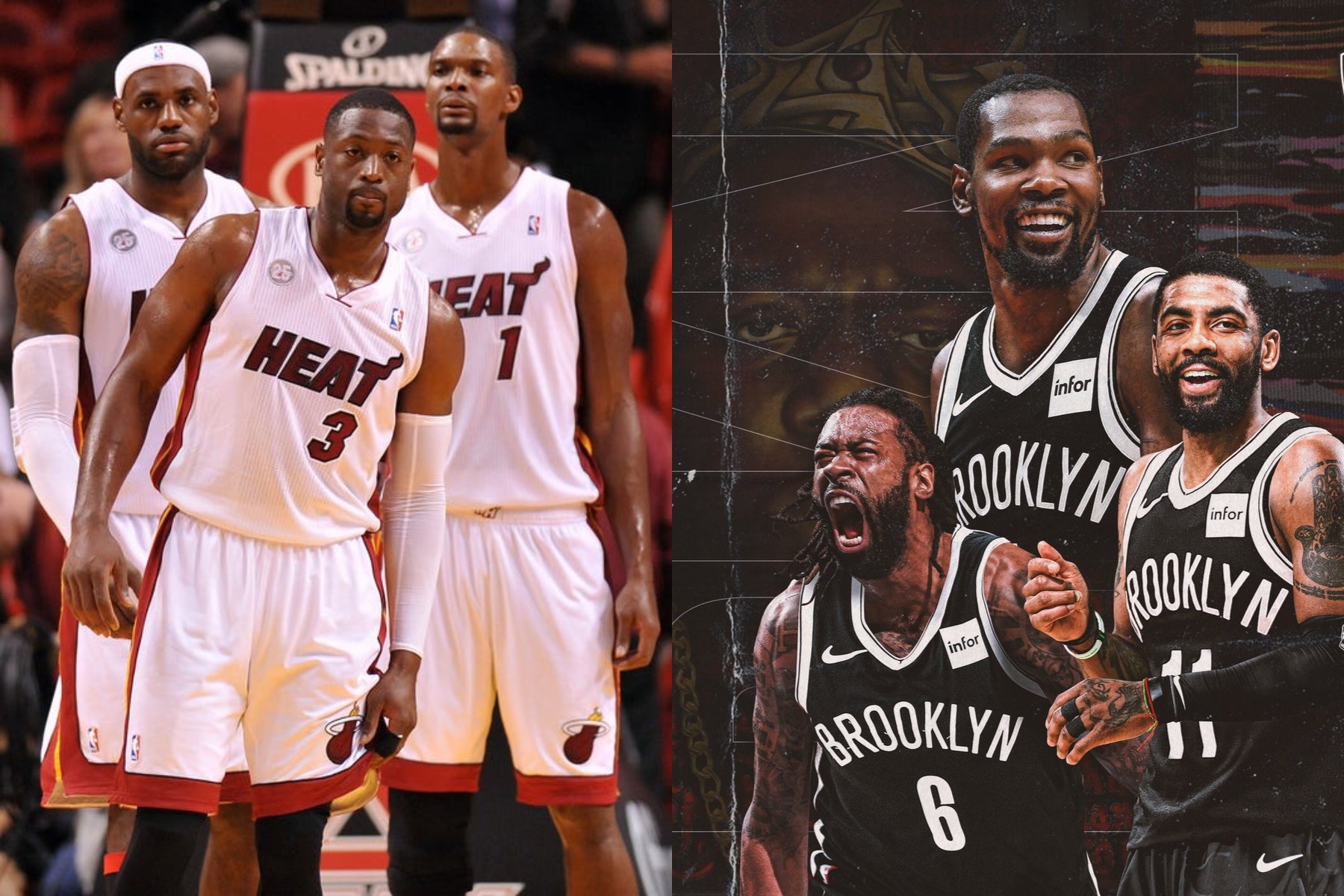 The Miami Heat’s Big 3 of LeBron James, Dwyane Wade and Chris Bosh have inspired other players around the NBA to team up and create their own versions of a superteam.

ESPN’s Jackie MacMullan told the story of how they planned to form their vaunted trio while they were members of the 2016 United States men’s national basketball team. At the time, their cruise ship was docked at Pier Maua in Rio de Janeiro, and it became the birthplace of the core of the Nets’ offseason haul in 2019.

“We didn’t just get to know each other, we got to know each other’s friends,” said Irving. “We had daily activities with one another. We started seeking each other out. Talking about everything. Being locked on a boat for a month brings out different parts in a lot of people.”

One of those talks, apparently, centered on the Heat trio being an example for them to follow later down the line.

“There were endless conversations about basketball, including how LeBron James had orchestrated his own ‘friend group’ in Miami with Dwyane Wade and Chris Bosh that yielded two titles,” wrote MacMullan. “One of the final nights on the Silver Cloud, as Ky, KD and DJ clinked glasses, Jordan recalls Irving saying, ‘Hey, this would be cool to do for real.’”

Curious as to what Irving had in mind, Jordan had to inquire to be sure he understood his Team USA teammate’s thoughts.

“Let’s all get on the same team and play together,” Irving replied.

Though Durant will not likely play at all this season after a ruptured Achilles in Game 5 of the 2019 NBA Finals put him out of commission, Irving and Jordan know that they will eventually find themselves playing with the two-time Finals MVP.

Meanwhile, of the Heat’s trio, only James remains active as a player as Wade and Bosh have since retired. Their Big 3 legacy lives on, for better or for worse, whenever three All-Stars decide to team up and play together on one team.