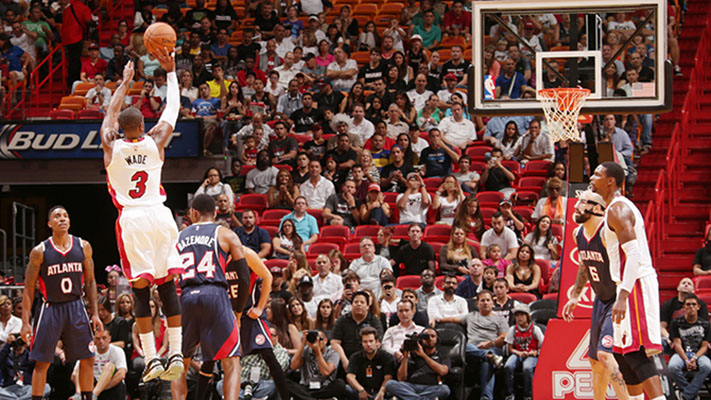 The Miami Heat have officially released their preseason schedule for the 2015-16 season.

The neutral court game will take place on October 7th at the KFC Yum! Center in Louisville, Kentucky versus the Orlando Magic, where Miami will be considered the home team. This marks the second consecutive year the Heat will play in Louisville.

Miami’s preseason slate begins on October 4th versus the Charlotte Hornets at American Airlines Arena and concludes on October 23rd at New Orleans versus the Pelicans at the Smoothie King Center.

The Heat’s full preseason schedule is listed below. All times are listed in Eastern Standard Time: