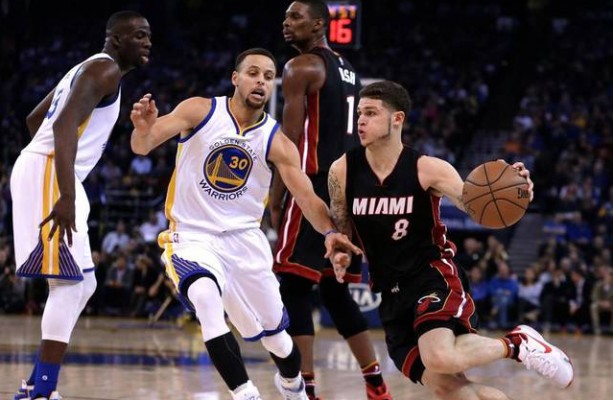 The announcement of the Miami Heat’s 2016-17 regular season schedule has the usual number of interesting matchups. Unsurprisingly, the Heat will have only five nationally televised games for the 2016-17 season.

There was initially speculation that former Heat guard Dwyane Wade would return to American Airlines Arena with the Chicago Bulls on November 10. The official schedule release confirms this notion, so be sure to circle that date on your calendars, Heat Nation.

The season actually gets underway on the road in Orlando with a matchup against the Magic on October 26. Two nights later, the home portion of the Heat’s campaign will see the Charlotte Hornets come to America Airlines Arena.

On November 4, Miami travels to Toronto to meet up again with the Raptors, who ended up knocking them out of the postseason last year.

The first of two visits by the defending champion Cleveland Cavaliers won’t take place until March 4. The latter matchup takes place on April 10 in the regular season’s second-to-last game. Since LeBron James left the Heat to return to Cleveland, the Cavs have yet to win any of their four road trips when taking their talents to South Beach.

Kevin Durant and the Golden State Warriors will host the Heat on January 10 before then traveling to Miami for a January 23 clash.

While the Heat get Christmas Day off, they’ll be in action on New Year’s Day with a 6 p.m. home matchup against the Detroit Pistons.
[xyz-ihs snippet=”Responsive-ImagenText”]

dwyane wadeFeaturedlebron jamesmiami heatNews Ticker
← Previous Story Tyler Johnson Adds to Notion That Chris Bosh Will Be Returning to Court Next Season
Next Story → Erik Spoelstra: ‘Our Expectation Is to Compete for an NBA Championship Regardless of Who We Have’