Meyers Leonard Laments Having No Female Companionship in NBA Bubble 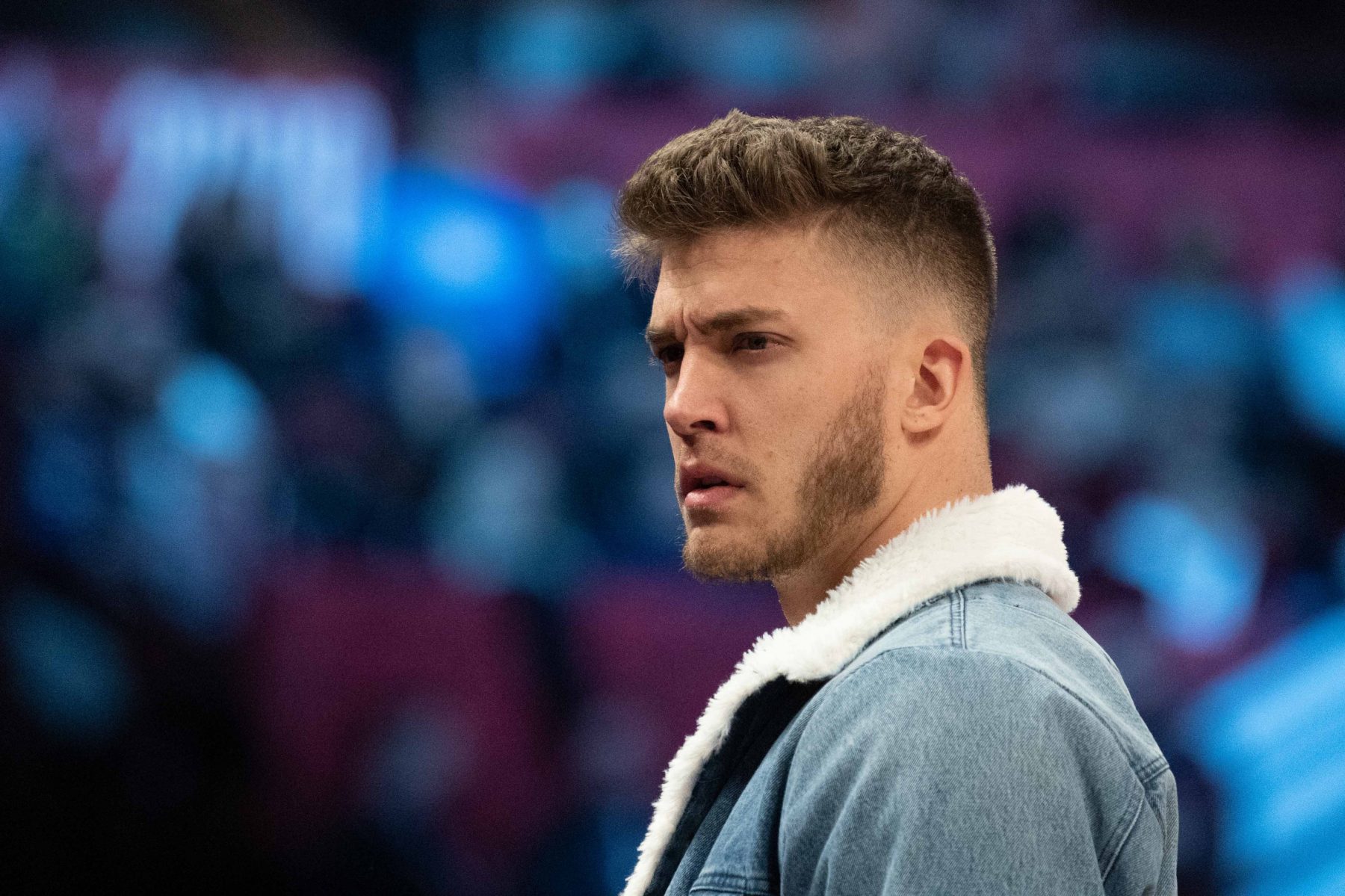 Families of NBA players participating in the league’s restart won’t be allowed inside the Orlando, Fla. bubble until the second round of the playoffs, which could begin in Septeber

This means that a lot of the players in the NBA’s bubble could be facing the possibility of not being able to see their families for a long time.

Miami Heat center Meyers Leonard revealed his feelings on not being able to be with his wife, Elle, while he participates in the league’s restart.

Meyers Leonard on no female companionship in the bubble, "It is a weird feeling." Says will miss his anniversary for the first time. "It's like a piece of you is missing."

The two got married on Aug. 2, 2015, while Meyers Leonard was still playing for the Portland Trail Blazers.

Meyers Leonard is now in his first season with the Heat after being acquired in an offseason trade with the Trail Blazers. So far this season, he has averaged 6.1 points and 5.1 rebounds in 20.1 minutes per game, while shooting 42.9 percent from 3-point range.

The Heat’s first official game back will be against the Denver Nuggets on Aug. 1, just one day before Meyers Leonard and Elle Leonard’s five-year anniversary.