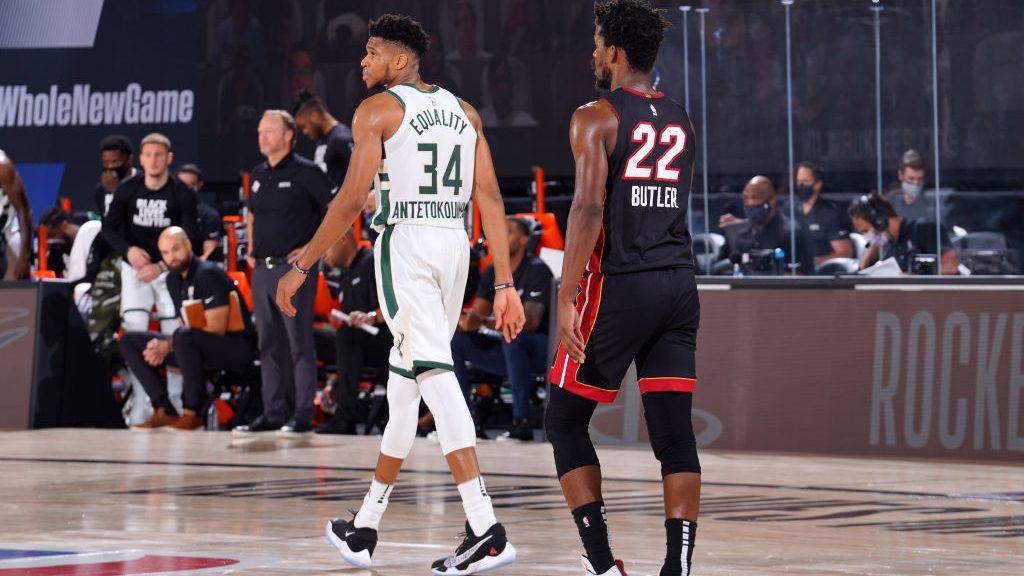 Jimmy Butler has made his presence felt loudly as he’s led the Miami Heat to a 3-0 series lead over the Milwaukee Bucks.

Butler has been so impressive that center Meyers Leonard made a bold statement about the five-time NBA All-Star.

Meyers Leonard, "We have the best player in this series, No. 1."

All things considered, few people outside of South Florida would agree with Leonard’s sentiment. However, in this series, it may be true.

The Bucks’ Giannis Antetokounmpo, who’s the favorite to win the regular season MVP award, hasn’t looked like himself.

Outside of a 29-point, 14-rebound performance in Game 2, the Greek national has been very underwhelming at both ends of the floor.

Butler, on the other hand, has looked like the best version of himself.

He had 40 points in Game 1 as Miami pulled away in the fourth quarter to win. Then on Friday, the Marquette University put in 30 points as the Heat overcame a double-digit deficit.

In both Game 1 and Game 3, Butler did the bulk of his work in the fourth quarter, which has been the trademark for much of his career.

It’s one thing to be dominant in the regular season like Antetokounmpo has been, but the playoffs are where true stars earn their salt, especially in crunch time.