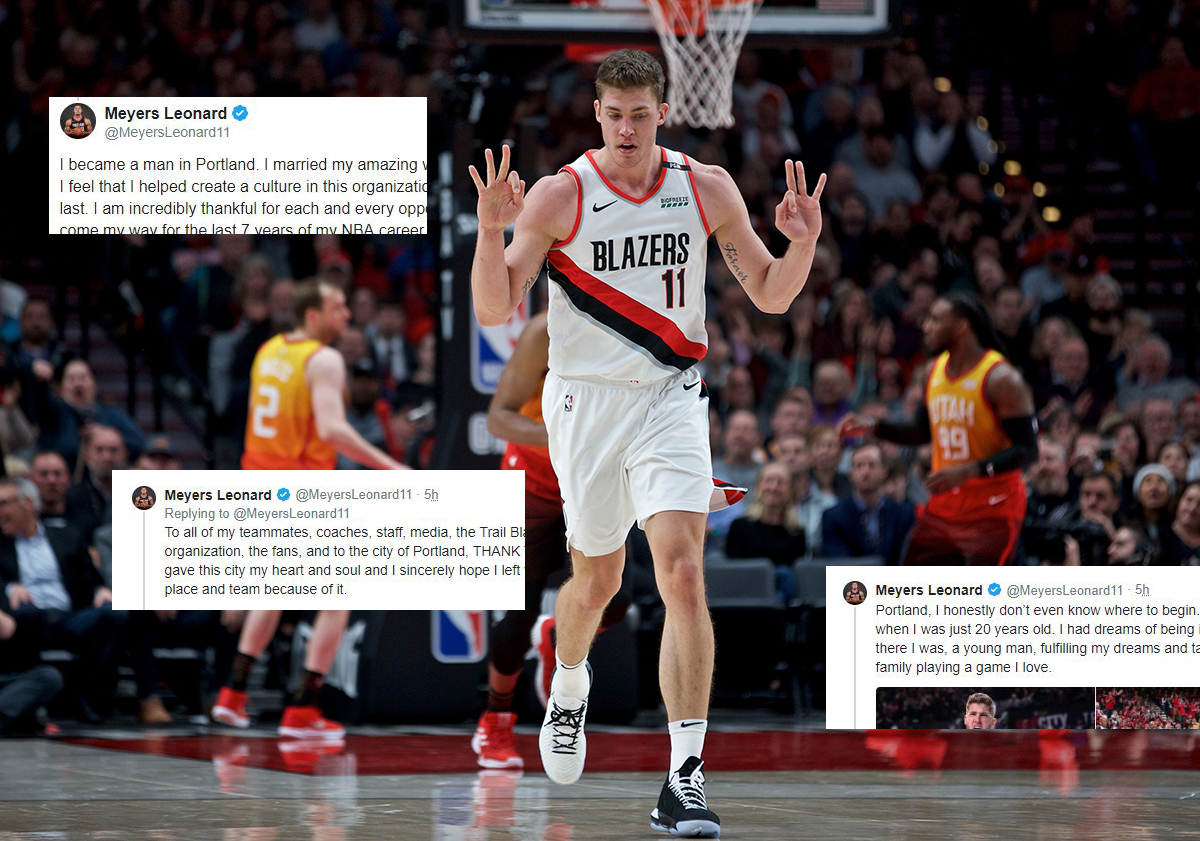 After five years in Oregon, Meyers Leonard will be trading in his Portland Trail Blazers uniform for a Miami Heat jersey.

Leonard was part of the massive trade that sent Jimmy Butler to the Heat in a deal that also included the Philadelphia 76ers and Los Angeles Clippers.

Having spent his entire NBA career in Portland, Leonard penned an emotional message to the city on Twitter.

I became a man in Portland. I married my amazing wife in Portland. I feel that I helped create a culture in this organization that is built to last. I am incredibly thankful for each and every opportunity that has come my way for the last 7 years of my NBA career.

With Love&Loyalty always on my heart, goodbye Portland. ?❤️?

The University of Illinois at Urbana-Champaign alum had modest averages of 5.9 points and 3.8 rebounds in 61 games for Portland last season. But it is his three-point shooting (45 percent) that set him apart and made him an integral part of the Blazers attack.

In the playoffs last season, when the Blazers made their run to the Western Conference Finals, Leonard shot 42.4 percent from beyond the arc. In a Game 4 loss against the Golden State Warriors, he was the team’s leading scorer, outshining his more celebrated teammates Damian Lillard and C.J. McCollum.

That type of play in a pressure-packed situation likely caught the eye of the Heat organization, which led to the trade that has brought him to Miami.