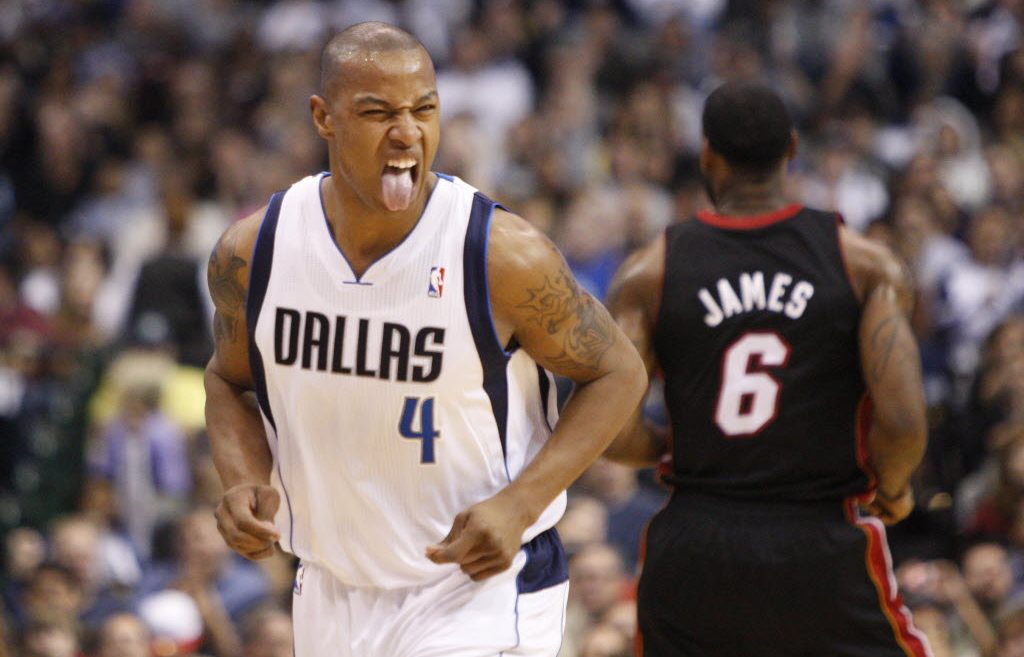 The Miami Heat endured one of the biggest NBA Finals upsets in recent memory when they lost to the Dallas Mavericks in the 2011 NBA Finals.

The newly formed Big 3 comprised of LeBron James, Dwyane Wade and Chris Bosh were heavy favorites to win the series. However, after the Heat jumped out to a 2-1 series lead, the Mavs won the final three games to pull off the 4-2 series upset.

In a recent Bleacher Report AMA, former star small forward Caron Butler admitted that he thinks the hardest team to overcome in that year’s postseason was not the Heat, but the Oklahoma City Thunder.

“When we beat OKC. To me, I felt like this was the hardest team to overcome and I felt like we would win after we beat them,” he said. “The Lakers didn’t seem as dangerous that year, we beat them and we beat Portland. OKC didn’t know any better because they were too young. I really felt like our percentages were high because I didn’t think Miami had it figured out yet. I remember Brendan Haywood looking at me like: We gotta get one before they could figure it out because LeBron and Wade didn’t know who was Batman and who was Robin.”

The Mavericks handily defeated the Thunder in the 2011 Western Conference Finals in just five games.

Still, there is no doubt that the young trio of Kevin Durant, Russell Westbrook and James Harden made the Thunder one of the most dangerous and promising teams in the NBA.

While the Heat fell to the Mavs in 2011, they managed to defeat the same Thunder trio the following year in the 2012 NBA Finals.

Of course, they also went on to win the title the following season against the San Antonio Spurs.

In all, the Heat advanced to the NBA Finals four straight times during the Big 3 era, winning two championships along the way.

While a perfect 4-0 record would have been ideal, you won’t find any fans in South Florida complaining about that era anytime soon.