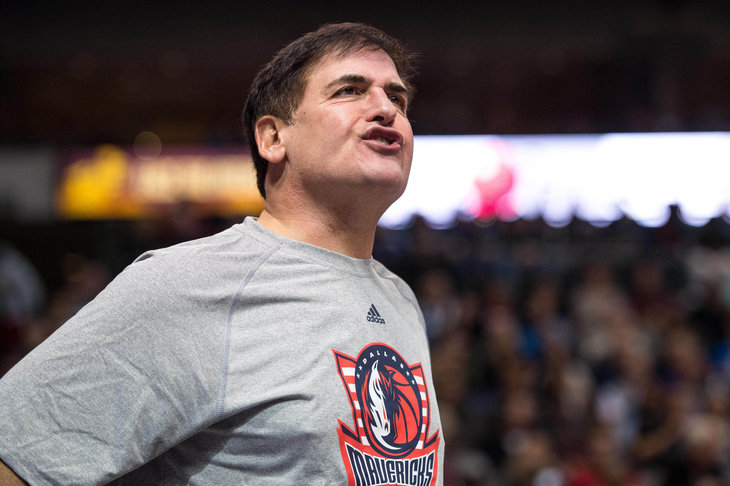 It’s been nearly a decade since the Miami Heat won their first NBA championship at the expense of the Mavericks. Along the way, many things changed. The Mavericks faced the Heat again in the Finals, this time winning it in 2011. The Heat went through the ‘Big Three’ phase with LeBron James and won a couple more championships.

Another thing that changed was Cuban’s opinion of Heat superstar Dwyane Wade. When asked if he still dislikes Wade, the Mavericks owner stated “not anymore.” Via the Dallas Morning News:

“At the beginning, I did because I think he thought he was entitled to everything that happened in that (2006) series. But it’s been eight years. I mean, I take a little bit of joy in games where he doesn’t go to the free throw line. But I like D-Wade now. He’s a guy who does a lot of good things off the court and I have to respect that.”

For those that were living under a rock during the 2006 NBA Finals, the Mavericks led that series 2-0 and held home-court advantage. Unfortunately, Dallas suffered a major collapse by losing the final four games of the series, including Game 6 on their own home floor.

However, it wasn’t just the collapse that rubbed a sour taste in the mouth of Cuban–it was the fact that Wade went to the free-throw line 97 times during that Finals, averaging just over 16 attempts a game from the charity stripe.

Game 5 of that series saw Wade go to the line 25 times, while the Game 6 series finale had ‘Flash’ go to the charity stripe on 21 occasions.

Cuban followed up on his remarks:

The third-year guard averaged 34.7 points, 7.8 rebounds, 3.8 assists and 2.7 steals per game in the 2006 NBA Finals. It is widely regarded as one of the greatest Finals performances of all time. In fact, John Hollinger of ESPN named it the greatest Finals series of any individual player back in 2012.

Cuban also complimented Wade on the ambassador role he’s taken on for the NBA in recent years, and his growing maturity after his years spent teaming with LeBron:

“I give him credit off the court. He’s gone from flash to being a good representative of the NBA. I respect that. He seems to be more about family and community. He went through some off-the-court hardships, I guess. But yeah, I have a lot of respect for him now. I think he and LeBron helped each other grow up. I don’t hold a lot of animosity at all.”

Wade’s contributions to the South Florida community on-and-off the court have made him a legend in the region. The fact that Cuban recognizes such a trait is a nice touch despite the Mavs-Heat rivalry over recent years.
[xyz-ihs snippet=”Responsive-ImagenText”]