How Mario Chalmers, Norris Cole, and the Miami Heat Contributed to the End Jeremy Lin 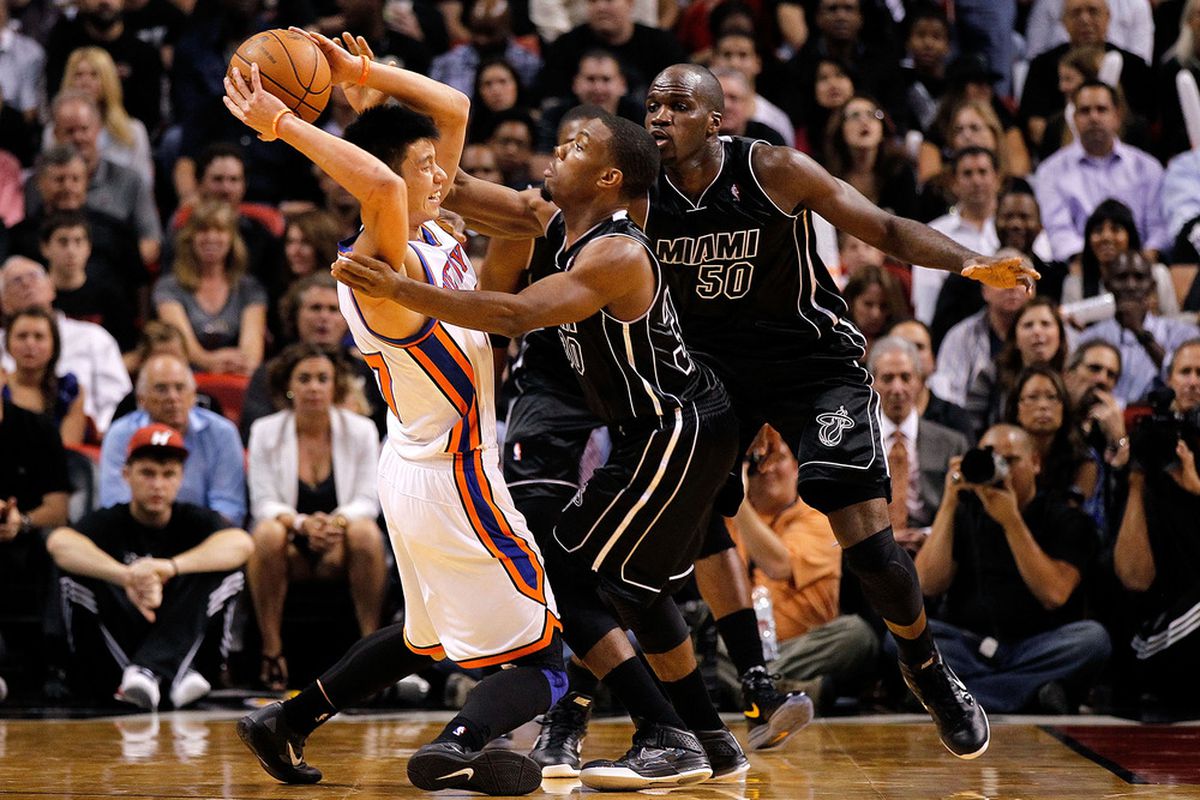 Point guard Jeremy Lin seems to have played his last NBA game, as the journeyman guard signed a deal with the Chinese Beijing Shougang Ducks earlier this week.

While Lin’s decision to seek opportunities overseas marks the possible end of his NBA career, Ira Winderman of the Sun Sentinel looked back at how Mario Chalmers, Norris Cole, and the Miami Heat put an end of the fervor that Lin first created upon his rise to stardom, which was widely referred to as “Linsanity.”

“I’m not sure Feb. 23, 2012 was the end of Linsanity, but it certainly started a reverse clock that ticked down to Jeremy Lin’s signing this week in China,” he wrote. “Of course, injury certainly had far more to do with it, but it almost was as if Mario Chalmers, Norris Cole and the Heat set out to steal Lin’s soul amid the hype surrounding the then-Knicks guard. What that night showed was that an elite team was superior to an elite player. It was as if every shining moment of Jeremy Lin’s basketball career was inflated into a glorious balloon that burst that night on the floor of AmericanAirlines Arena. Money and opportunity followed, as did last season’s championship seat alongside the Raptors, but it was never quite the same after that 1-of-11 nationally televised stumble, an eight-point performance that included eight turnovers (for his part, Chalmers also scored eight points). If you recall, it was after that Knicks 14-point loss that Lin, then 23, said, ‘I can’t remember another game where it was hard to just take dribbles.’ Lin later would respond with a solid 2016 playoff showing with Charlotte against the Heat, but by then the decline was evident.”

As Winderman later explained, it was ultimately injury that probably led to Lin’s downfall in the NBA. While Lin did advance to the 2019 NBA Finals with the Toronto Raptors, he played just a single minute in the entire series.

In the offseason, Lin referred to his inability to garner interest as a free agent as his personal “rock bottom.”

Following the news of his move to China, he had a very different outlook.

All I can say is THANK YOU to the NBA, my family, inner circle, every fan who came to watch or rooted for me during these last 9 years! To challenge stereotypes, make history, rep Asians at the NBA level and pave the path as others have done for me has been an absolute privilege. Im overwhelmed with gratitude for each person who has been with me each step of the way. ⁣ Equally excited for this next step with the Beijing Ducks! I always knew my path would go through the CBA solely bc I knew how much of an honor it would be to hoop in front of all my Chinese fans. Im here now and there is more history to be made! Also congrats to @joe_linstagram on a contract extension fresh off a championship with the @fubon_braves … you're a beast and to be able to sign our contracts on the same day is something Ill forever cherish. Love you lil bro! #linstanation #farfromdone #glorytoGod

So with that, it seems Linsanity has finally come to an end. Though if you ask some members of Heat Nation, it seemingly ended a long time ago at AmericanAirlines Arena.