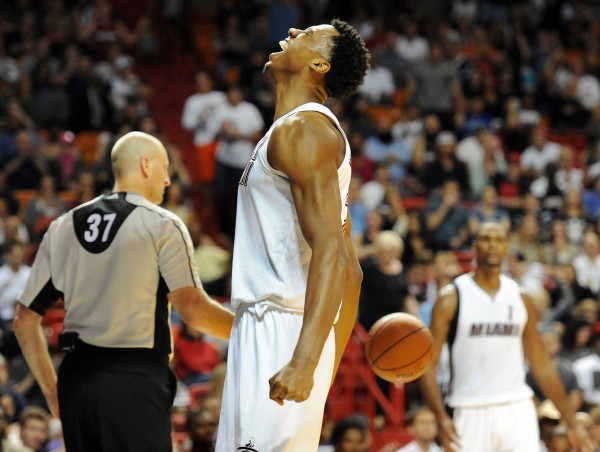 NBA analysts and experts alike would agree — Hassan Whiteside is the best shot blocker in the game today.

Following the Miami Heat’s 97-75 victory over the Washington Wizards, Wizards center Marcin Gortat had some huge compliments for the Heat’s starting center:

“Hassan Whiteside was incredible. I personally haven’t seen a better shot blocker in the past nine years in the league. He’s really challenging a lot of shots and changing the whole game. He’s really good.”

In Sunday’s win over the Wizards, Whiteside posted six total blocks. It was the sixth time this season that the 26-year-old center had posted at least six blocks in a game.

Perhaps most impressive was the fact that Whiteside was such a presence in the paint that the Wizards were limited to 2-of-22 from the field in the second quarter.

Whiteside’s ability to swat shots is getting to a point where words can’t describe just how impressive he has been. Through January 4th, he had blocked 132 total shots—that’s more blocks as an individual than five teams have as a whole.

As we’re nearly halfway through the season, Whiteside has emerged as one of the clear favorites for the NBA’s Defensive Player of the Year Award. The last Heat player to win the award was Alonzo Mourning in the 1999-00 season.
[xyz-ihs snippet=”Responsive-Ad”]