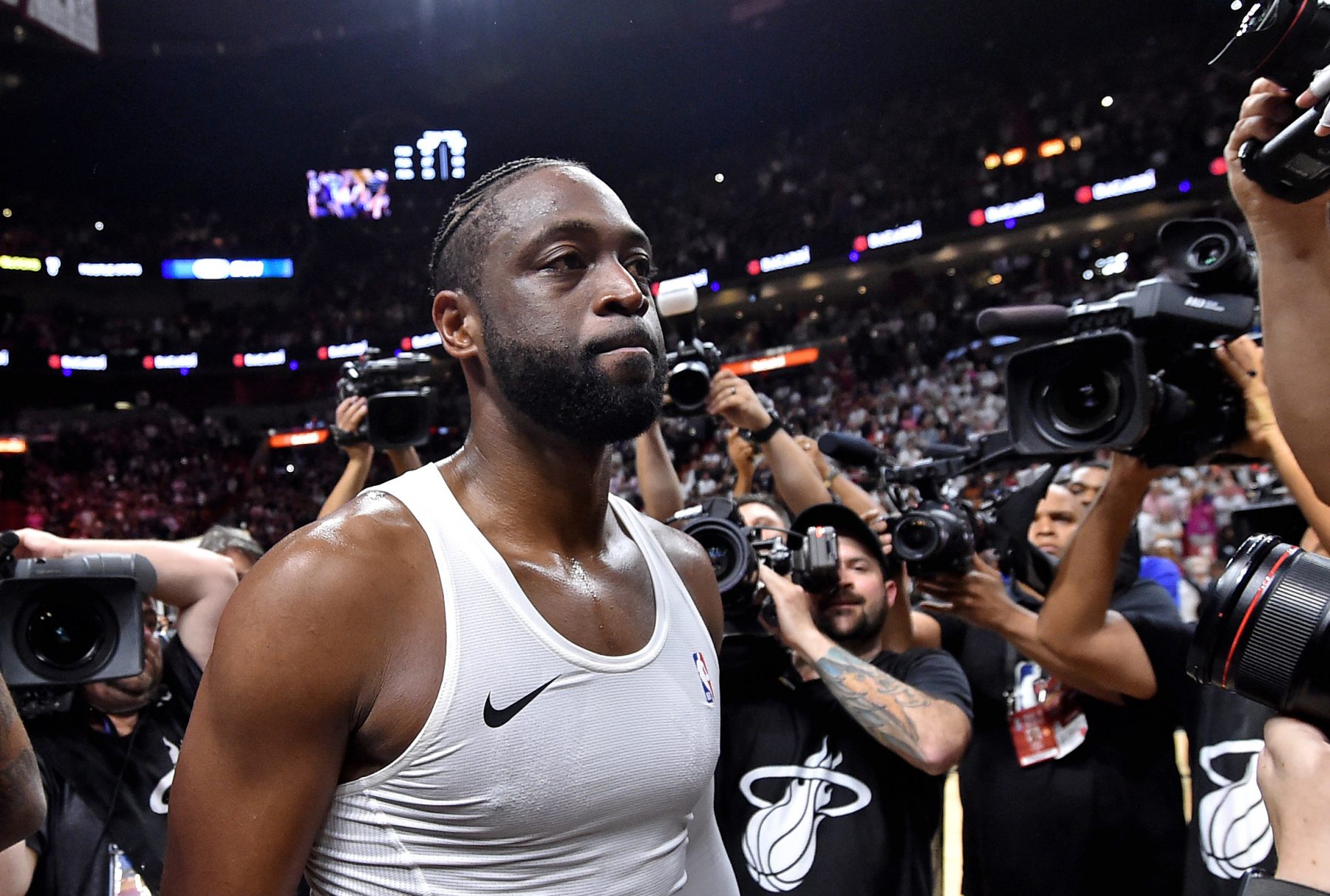 While Miami Heat star Dwyane Wade played his last career game at American Airlines Arena on Tuesday, Los Angeles Lakers icon Magic Johnson stole some of the spotlight by announcing his resignation as president of basketball operations for the Lakers.

However, the Lakers legend noted that him not being able to congratulate Wade factored into his shocking decision.

Magic almost at the opening of his presser announcing his resignation: "I had more fun when I was able to be the big brother and the ambassador to everybody. I thought about Dwyane Wade retiring tomorrow and I can't tweet out about it or be there."

Wade, 37, is in the final season of his storied NBA career. The 6-foot-4 guard is putting up 14.9 points, 4.1 assists and 3.9 rebounds per game this season. While the Heat aren’t going to the playoffs, the franchise has celebrated the team’s all-time leading scorer in tremendous ways over the course of the year.

Meanwhile in Los Angeles, the Johnson and the Lakers’ 2018-19 campaign had been a mess. Despite acquiring superstar LeBron James, the team never got into a groove and missed the playoffs again. Johnson’s inability to surround the four-time MVP with quality players and keep team information behind closed doors played a role in the epic failure.

The Heat take on the Brooklyn Nets on Wednesday night, which will be the final contest of Wade’s career.
[xyz-ihs snippet=”HN-300×250-TextnImage”]