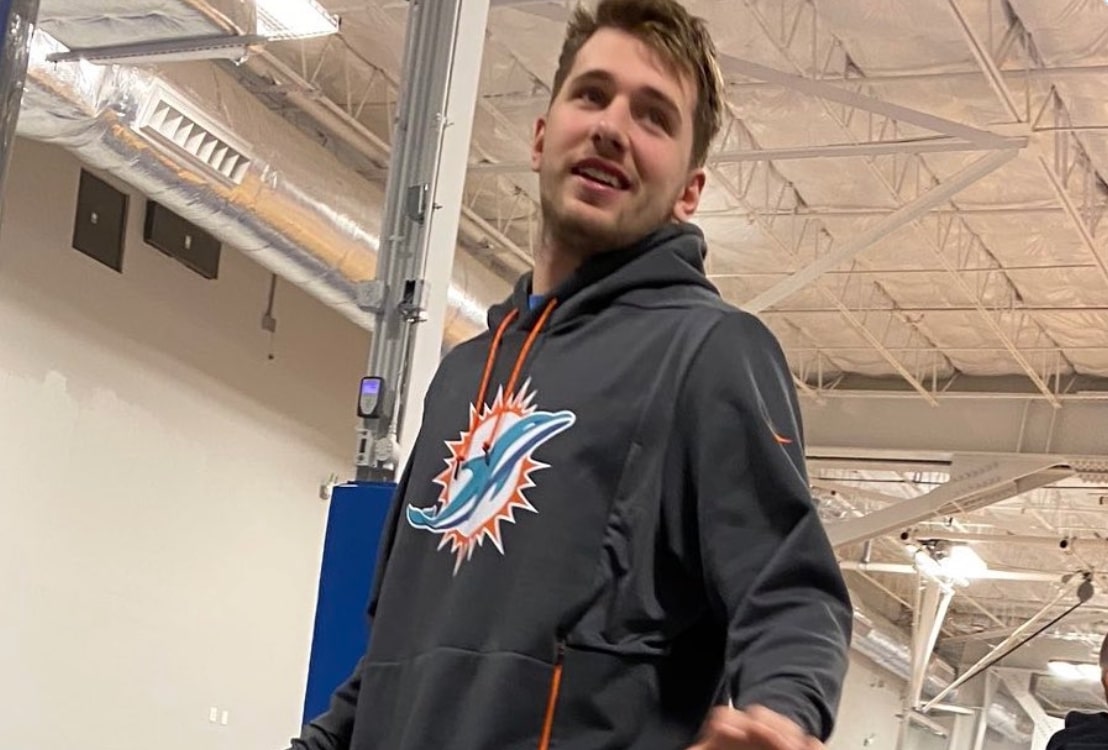 Dallas Mavericks star Luka Doncic decided to temporarily embrace the Miami sports scene as he was seen wearing a Miami Dolphins hoodie during the team’s shootaround.

Looks like Luka got some Miami wear while in town ??? pic.twitter.com/TJnXeNiPtI

The Mavericks will face the Heat in Miami on Friday, with Doncic possibly having purchased the item to celebrate his 21st birthday. Dallas began a four-game road trip on Wednesday night, defeating the San Antonio Spurs.

Doncic’s wearing of Dolphins gear is likely to earn him some good-natured ribbing from teammates, though Mavericks fans in the football-crazed state of Texas might be more annoyed with his choice of clothing.

A native of Slovenia, Doncic was the third overall pick in the 2018 NBA Draft. He’s more than lived up to his lofty billing and enters Friday’s game against the Heat averaging 28.7 points, 9.6 rebounds and 8.7 assists per game this season.

For Heat fans and perhaps the team’s front office, Doncic’s clothing selection offers an optimistic vision of when the young superstar becomes a free agent down the road.

While the fans have the luxury of looking far into the future, the Heat have to worry about getting back on track in the present. Miami has lost seven of its last nine games, including three of four contests since returning from the All-Star break.