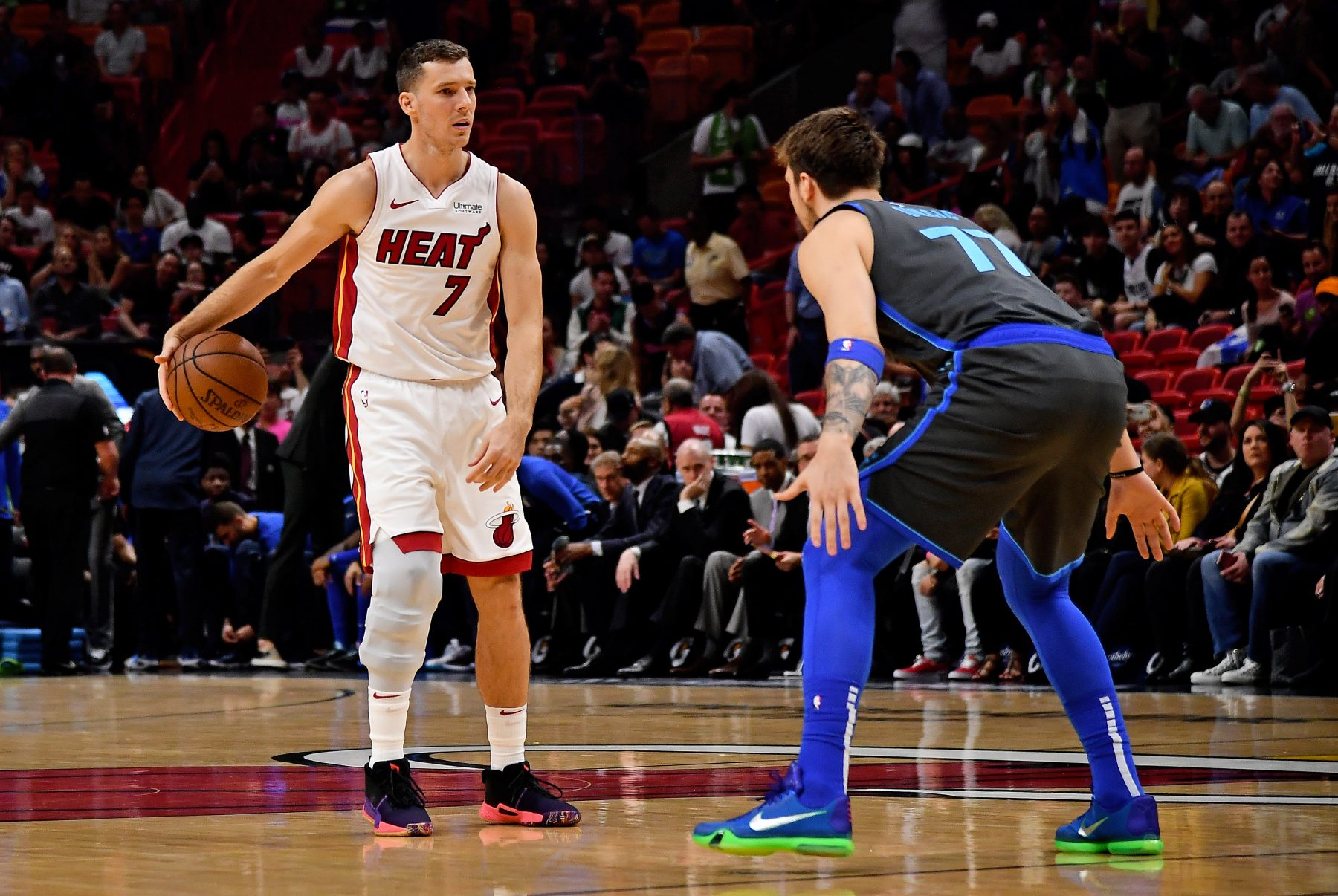 Dallas Mavericks rookie Luka Doncic has had a strong first season in the NBA and is the odds-on favorite to win the league’s Rookie of the Year award.

Yet prior to Thursday night’s road game against the Miami Heat, he experienced some first-time emotions about the contest.

A feeling of nervousness overcame Doncic because of the presence of approximately 2,000 of his fellow countrymen from Slovenia. They were there to witness the first meeting between Doncic and fellow Slovenian Goran Dragic of the Heat, with the 20-year-old Doncic feeling the pressure:

Both players made major contributions during the game, which was won by the Heat, 105-99. Dragic won the individual battle, with a triple-double of 23 points, 12 rebounds and 11 assists. For Doncic, his numbers were also impressive as he scored 19 points, grabbed eight boards and dished out seven assists.

The victory required a fourth-quarter comeback by the Heat, which saw them outscore the Mavericks, 30-17. Dragic spoke about how the passion of the Slovenian fans helped him:

“I really appreciate them for flying here and buying plane tickets to come see me. I always feel like I have to put on a show even for my fans in Miami, that is my job. This game was something special for them because I was playing against Luka.”

“I told D-Wade ‘I’m sorry D’ and he said for me to do my thing and then he was going to do his exchange. It was a special thing for me.”

The win was especially important for the Heat as they continue to battle for a playoff spot. They now have a season record of 37-38 and moved back into the eighth and final playoff spot, one half game ahead of Orlando.
[xyz-ihs snippet=”HN-300×250-TextnImage”]