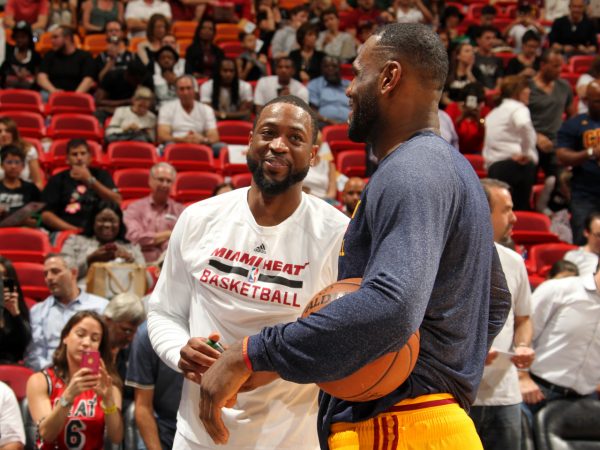 Los Angeles Lakers superstar LeBron James and Miami Heat icon Dwyane Wade reminded us all of their close friendship on Sunday, as James brought up a comedic moment about Wade’s infant daughter.

Prior to tip-off against his former Heat squad, James spoke on Wade’s daughter, Kaavia James Union Wade, as he sat in the visitor’s locker room. He mentioned that he’d thanked Wade for including a part of his name into hers, though Wade had a different response.

“Oh hell no, it got nothing to do with you!” Wade told him while laughing.

“Well, at least you could have lied to me!” James said he replied to Wade.

Wade was absent for what would’ve been his final matchup with James at American Airlines Arena. It was Wade’s seventh absence due to the birth of his daughter. Both will have one more contest in Los Angeles on Dec. 10 in which James has said will be their time to “finish this off the right way”.

James reminded Heat fans amid Wade’s absence the reason they came to fall in love with him during his tenure in South Beach with a masterful 51-point performance. The showing from James led to a victory over a former Heat squad that he had shared much success with in prior years.
[xyz-ihs snippet=”HN-300×250-TextnImage”]